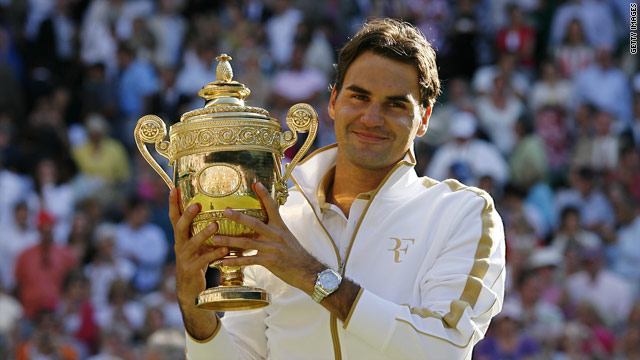 (CNN) -- Wimbledon organizers have increased prize money for the men's and women's champions to £1 million ($1.53 million).

The All England Club has sanctioned the £150,000 rise to offset the effects of the falling value of the British pound against the US dollar and euro.

The All England Club agreed to pay women the same prize money as men for the first time in 2007. The £1 million prize for the 2010 ladies singles' champion is more than double that of eight years ago.

"Wimbledon exists in a highly competitive global marketplace and it is the world's best players who create and drive the interest," said All England Club chairman Tim Phillips in a statement on the tournament Web site.

"It is important that we offer a level of prize money which is both appropriate to the prestige of the event and which gives the players full and fair reward."

Phillips also announced that this year's tournament, which runs from June 21 to July 4, will be a "World Cup-free zone", with football fans denied the chance to watch matches on the big screens at the All England Club.

"This is arguably the leading tennis tournament in the world and people come here to watch tennis," Phillips added.

"If people want to watch the World Cup they should go to South Africa or watch it on the TV."

Meanwhile, world number three Rafael Nadal has pulled out of the Barcelona Open in order to rest an ongoing knee problem.

Nadal, who won the Monte Carlo Masters on Sunday, had been expected to attempt to win his sixth title in a row at him home tournament.

"I am really sorry not to be able to play in Barcelona, more than any other tournament, but this year after the win in Monte Carlo my body is asking me to rest," Nadal told his official Web site.