Verdasco dumps Djokovic out in Rome 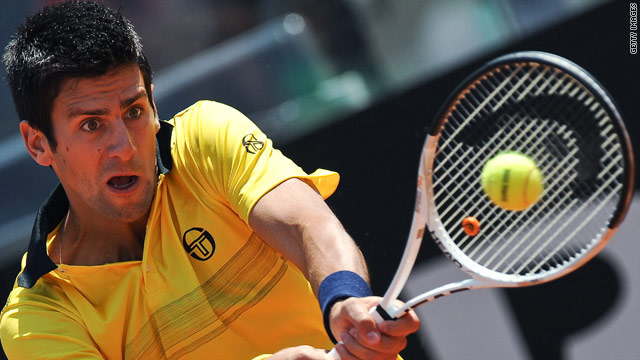 Verdasco eventually beat the world number two from Serbia 7-6 3-6 6-4 in three hours 18 minutes to seal a semifinal berth and record his 12th win in 13 matches.

He will now face either Jo-Wilfried Tsonga or David Ferrer in the semifinals - his third in as many weeks. Verdasco lost in the final to Rafael Nadal in Monte-Carlo two weeks ago before winning the Barcelona Open last week.

Verdasco twice went up a break in a hard-fought opener but both times Djokovic pegged him back, once when he was serving for the set. The tie-break went 7-4 in the world number nine's favor.

Djokovic hit back in the second set, giving Verdasco the runaround and breaking three times on his way to a 6-3 success.

But in the decider Verdasco broke Djokovic's serve in the third game and held on through some long and dramatic rallies to claim it 6-4.