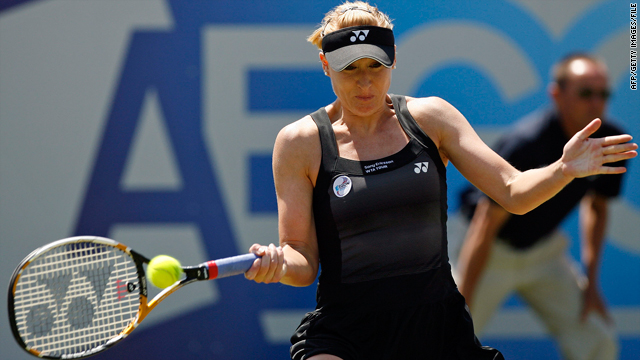 (CNN) -- Scottish tennis player Elena Baltacha has pulled out of the Commonwealth Games in India because conditions in New Delhi constitute a health risk for her.

"After a lot of thought and discussion, I have taken the heartbreaking decision to withdraw from the Commonwealth Games. I am incredibly disappointed because I was really excited about playing for Scotland but conditions in Delhi are such that going there would pose too high a risk to my health," the world number 51 and the Commonwealth's top ranked player said in statement.

"I suffer from a liver condition which is linked to my immune system and makes me susceptible to picking up infections. At the age of 27 and after many years of hard work, I am now playing the best tennis of my career, and I cannot afford to jeopardize that by getting ill," Baltacha added.

Organizers are scrambling to pull together the Commonwealth Games, set to start October 3 in New Delhi. They take place every four years among members of the former British empire.

India's ability to host the games has been questioned following a bridge collapse that injured some two dozen people at the Games' site and criticism of the athletes' village as uninhabitable and filthy.

Concerns about conditions for the games have prompted some teams including Canada and New Zealand to delay their departures and some athletes to cancel their trips altogether. Other teams, like Scotland and Wales, departed for the games after receiving assurances from organizers.

English diver Peter Waterfield on Saturday became one of the latest athletes to withdraw, citing security fears and conditions at the village.

Such concerns also led to the Friday withdrawals of New Zealand cyclist Greg Henderson and four British cyclists -- Peter Kennaugh from the Isle of Man, Geraint Thomas from Wales, and Ian Stannard and Ben Swift from England.