Fish furious as Odesnik prepares to return from drug ban 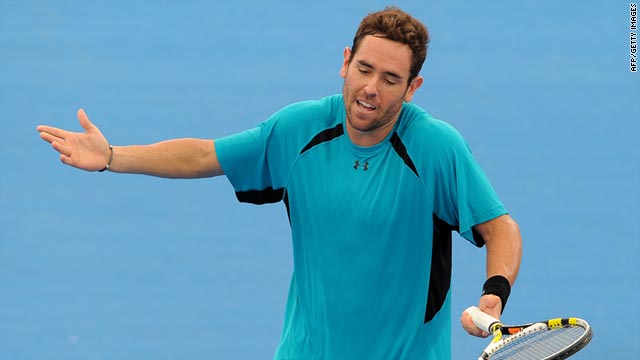 Wayne Odesnik has been allowed to return to tennis after cooperating with anti-doping authorities.
STORY HIGHLIGHTS

Odesnik will be able to resume his career from December 29 after the International Tennis Federation conditionally canceled the second year of his ban following his cooperation with anti-doping officials.

The 25-year-old pleaded guilty to importing human growth hormone into Australia at the start of last year, but is now free to play again when the 2011 season begins Down Under next month.

The ITF said he had provided "substantial assistance" to its anti-doping program, and that his requirement to do so is "ongoing."

Fish described the ITF's decision as "a black eye for all of sport, not just tennis," in quotes reported by U.S. newspaper USA Today.

Odesnik, who was born in South Africa but moved to the United States when young, has slipped from a career-high 77th to completely off the ATP Tour's rankings list.

"I am thrilled that I can return to the game and compete in the sport about which I am truly passionate. I have learned a lot during my time away from competitive tennis and I now have even a greater appreciation for what a privilege it is to be a professional athlete," Odesnik said in a statement.

"I want to take this opportunity to thank my family, true close friends and fans who have stood by me during this difficult time. I am deeply grateful and humbled by your support."