Apple's iPad -- Will it improve the Web? 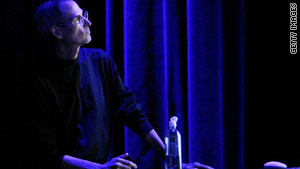 Except that the iPad doesn't display the whole Web: It fails to support Adobe's Flash player, meaning that Hulu.com, most online video sites (apart from YouTube) and the majority of online games won't work on the device.

Surely the decision will frustrate iPad users -- but is Apple doing us a favor that will improve the Web in the long term?

Apple has yet to make an official statement on the iPad's lack of Flash support, but there's little doubt the move was intentional. A Wired article this week claims Apple CEO Steve Jobs recently called Adobe "lazy" -- he blames the Flash plug-in for a significant number of Mac crashes.

He'd rather see the world move to HTML5, which allows videos to play natively in the browser without installing Flash, adds the report. That could be good news for Web users, as you'd no longer need to install or update the Flash plug-in to view Web video -- installing a Web browser would be enough.

The move would be welcomed by open Web advocates, too. Proprietary technology like Flash is often seen as less desirable than open standards.

Whether the Jobs quote is accurate or not, I'm in the camp that sees HTML5 posing a threat to the Flash plug-in, long term.

YouTube already is experimenting with HTML5 in a limited test -- a complete switchover isn't feasible at this point, but would serve a crushing blow to Adobe if it were to transpire.

Other video sites, including Vimeo, are carrying out their own tests. I see no threat to Flash in the immediate future, however.

Internet Explorer does not, and Web users are often slow to upgrade to newer browser versions.

Meanwhile, Adobe CTO Kevin Lynch argues in a post this week that the dichotomy is a false one, and that HTML5 is not a replacement for Flash, "certainly not today nor even in the foreseeable future."

He's right that Flash isn't dead in the water, but Adobe must also be aware that HTML5 will chip away at its dominance of the Web video space, perhaps over a period of years rather than months.

So is Apple doing us all a favor by pushing Web developers toward nonproprietary alternatives?

That seems unlikely. Apple is the king of the closed system, frequently rejecting applications from its App Store for inscrutable reasons.

The company is all about control, claiming that it improves the user experience. In many cases that's true, but this isn't one of them. Rather, it looks set to confuse Web users who see blank spaces on many of their favorite sites.

Whatever Apple's reasoning, lack of Flash on iPhones and iPads ultimately confuses users, while YouTube and other video sharing sites look set to popularize HTML5 without Apple's assistance.

It's a squabble among tech titans that will create a poorer Web experience on the iPad.