Residents use social media to fight organized crime in Mexico 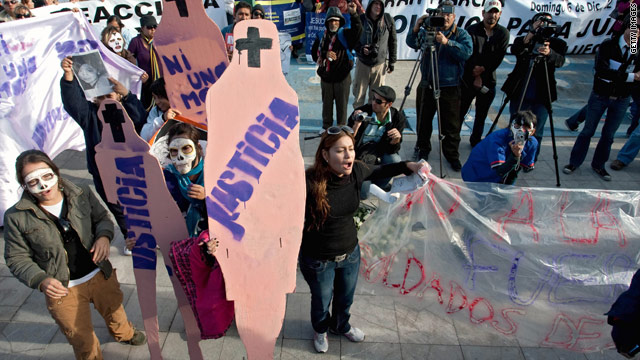 (CNN) -- Renewed violence in Mexican cities bordering Texas has ignited fear among nearby residents, some of whom have turned to social media despite cartels' efforts to limit information.

In places such as Reynosa, where gunbattles were a regular occurrence last week, official confirmation of violence came days later.

But on Twitter, reports of brazen gunbattles throughout the city surfaced almost minute-by-minute.

Tweeters created .Reynosafollow for those following or reportedly caught up in the violence to exchange details. A hashtag is used to narrow down tweets on a particular topic in the microblogging site.

Some asked for advice on when it was safe to come out. Others highlighted specific streets that were especially dangerous.

"I have a special interest in what happens in Mexico as a result of crime," said Gabriel Regino, 40, a criminology professor at a university in Mexico City.

Regino was an active participant on the trending .Reynosafollow topic when gunbattles erupted in the city on February 25.

He said despite being in Mexico City at the time, some of his students in Reynosa were near the shootouts. He relayed their information on Twitter.

"I'm convinced that a well-informed society takes better actions," Regino said. "I was surprised to see how successful Twitter was in the use of the 'Green Revolution' [Green Movement in Iran], so in 2010, I began using Twitter."

Some residents said social media has become a safety measure.

"We use Twitter to protect ourselves as citizens," said a 17-year-old Reynosa resident, who asked to remain anonymous out of fear of cartels. "The governor tells us it's our psychosis, but at night the city is empty. The authorities here practically don't exist."

In parts of Tamaulipas and Nuevo Laredo, Mexico, where fighting between Los Zetas and the Gulf Cartel has flared in the past two weeks, residents say local authorities have not done enough to stop the bloodshed.

In recent weeks, the two cartels wrestled for control in those areas, launching an offensive that terrorized residents.

In Reynosa, CNN spoke to residents by phone said if it wasn't for the international media, no one would pay attention to their plight.

The Reynosa police department and the governor's office did not return multiple calls by CNN over the course of two days.

With elections coming up in Tamaulipas, residents say officials are slow to acknowledge bloodshed because they are concerned about protecting the state's image.

Frustrated by what they consider a slow response, some have turned to the Web.

On YouTube, a recently-posted video titled "Cartel De Twitter" gives guidance on how to create anonymous Twitter accounts so that users can announce where cartels are operating.

It gives examples of how to circulate information to a wider audience by using hashtags and how to direct tweets to legitimate journalists on Twitter. The link has more than 5,000 views.

In Ciudad Juarez, which has become synonymous with the Mexican drug war, civic leaders use Facebook to mobilize. On February 13, a mass demonstration against the violence -- after a visit to Juarez by President Felipe Calderon -- was organized in part through Facebook.

However, Parr cautions, the use of social media is not all positive.

"Technology and social media can be used for good or evil. We've seen it on both sides," Parr said.

Earlier this year, a Mexican lawmaker pushed to censor social media networks such as Twitter, suggesting cartels use the service to locate targets.

CNN cannot independently authenticate the use of social media by the cartels.

But in some instances, videos purportedly posted by cartels have shown tortured hostages, gagged and bound, moments from execution. Narcocorridos, Mexican folk songs glorifying the lives of organized criminals, also receive thousands of views on YouTube.

Cartels operating in affected cities are confiscating cell phones to avoid recording of gunbattles, according to residents.

But those savvy to social media are ensuring that word still gets out.