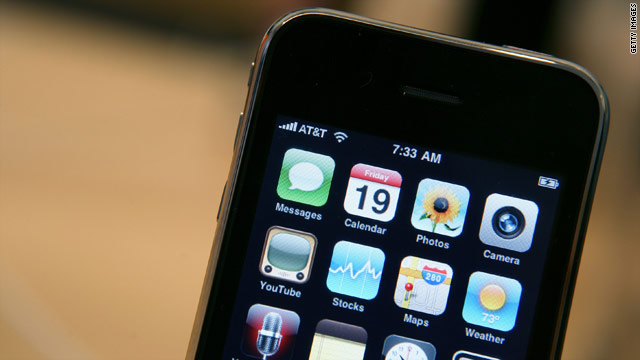 (CNET) -- iPhone OS 4.0 is on its way. There have been hints that we'd see the next version of the software that powers the iPhone and iPod Touch soon, and Apple sent invitations to a media-only preview of the software on Thursday, inviting us to "get a sneak peek" at iPhone OS 4.0.

Apple isn't going to let on what's in the updated iPhone software until then, but there's been some buzz recently about what Apple might have in the works.

When version 4.0 of the software will be available for download still isn't clear. Thursday is likely just an overview of new features, though Apple might give at least a time frame for the software's release. The best guess is that it will coincide with the release of new iPhone hardware, which has happened in late June or early July every year since 2007.

Here are some things we think Apple will introduce with iPhone OS 4.0, and some things we're pretty sure it won't but would make a lot of iPhone and iPod Touch owners really happy if they did.

Some consider it the biggest weaknesses of the iPhone in comparison with its smartphone peers: that Apple limits the ability of applications on the iPhone or iPod Touch to run simultaneously. Currently, you can do some multitasking --listening to music while reading e-mail, or browsing Safari during a voice call --but third-party applications can't do this at all.

It sounds like this will change soon however. Rumors began floating around last week that Apple is indeed working on multitasking in iPhone OS and could be implemented much the way Expose works on Mac OS. Expose is the feature on Macs in which clicking a certain key or swiping downward on a newer MacBook touch pad shows all the applications currently running and gives the option of toggling through each.

Apple got into a tug-of-war with Google over AdMob last year and lost. Apple settled for Quattro Wireless, another mobile advertising company, which it bought in January. Since the purchase, Apple has been mum about its plans for Quattro within Apple, but the event on Thursday could serve as a coming-out party for a new advertising platform that is integrated with the iPhone software development kit.

iPad runs a modified version of iPhone OS, currently version 3.2. The iPhone and iPod Touch now run version 3.1. The iPad has some features that the iPhone and iPod Touch do not, some of which the iPad we think could reasonably be added to the iPhone OS: the ability to customize the background wallpaper, using the iPhone in any orientation you want (the iPad allows you to turn it left, right, and upside down), and perhaps even Bluetooth keyboard support.

There's also the chance that Apple could go even further in borrowing from iPad. It came up right after the iPad was introduced and hasn't been mentioned since. But there's a good chance the OS for the iPhone and the modified OS for the iPad will merge into one operating system.

When that will be though is up for debate. John Gruber at DaringFireball thinks the introduction of OS 4.0 is the time. Jim Dalrymple, the author of The Loop blog (and a member of CNET's blog network), says the two operating systems will merge with the release of iPhone OS 4.1 in September or October.

Apple offered a solution for organizing the overload of applications at its last iTunes and iPod event when it introduced the ability to manage apps via iTunes. But there's still more to be done. One of the things iPhone owners could use is the ability to sort apps directly on the home page of the iPhone and/or the ability to create folders. Both of those would bring iPhone OS up to speed with what Android can do.

Tethering is the ability to share your phone's cellular connection with other devices, such as a computer. Though carriers in other countries allow their customers to use tethering, AT&T has yet to bring it to iPhone users in the U.S. Apple could take the opportunity to address the situation for U.S. customers on Thursday.

The iPhone has some voice controls, but more would be better. On the list that should be added: composing e-mails or text by voice.

Having the ability to create different profiles for the iPhone would ensure users don't have to constantly re-adjust the settings on their phone. Being able to set the iPhone depending on where you're at or what you're doing ("home," "work," and "asleep" for example) would enable users to specify when they want to get e-mail, text message notifications, ringer on/off, and more.

Some things Apple probably won't introduce, but we can still hope for:

Apple currently doesn't allow iPhone owners to utilize extra memory as a storage device. It's got a USB port, why not allow people to save large files to their device and download them elsewhere?

Speaking of large files, the iPhone won't download applications or files larger than 20MB over 3G. Apple -- and likely AT&T or any service provider -- prefers you wait for a Wi-Fi connection before you start downloading extra-large apps. So why not introduce a new option so that when you try to buy an app over 20MB on 3G to automatically start downloading next time you're in range of a Wi-Fi connection?

Right now Apple doesn't allow iPhone users to do anything more than take a photo with the iPhone and then send it or share it via other applications. You can't edit those photos, including basic things like cropping or rotating them, on the device itself without the assistance of a third-party app.

It's pretty well known how Steve Jobs feels about Adobe Flash on the iPhone (Jobs reportedly called it a "CPU hog"). And in conjunction with the debut of the iPad, Apple has been actively promoting the new HTML5 Web standard for online videos and the Web sites that implement it. So it's fairly unlikely he and Apple will suddenly change their minds.