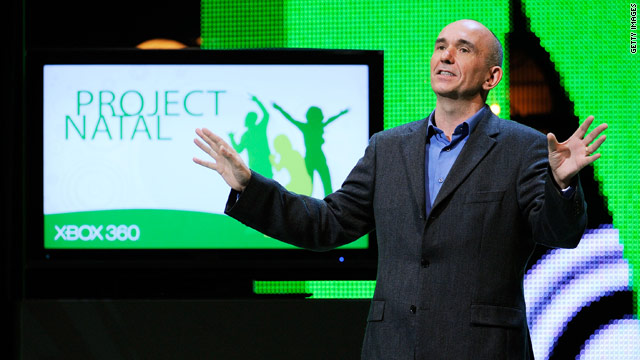 Microsoft has been more than coy about its upcoming motion control hardware, known at the moment as Project Natal. Some members of the press, more fortunate than we are, have seen it, although their coverage could only include images of the writers, not the hardware or the game itself. In some demos last year Peter Molyneux helped the reporters play with the creepy virtual boy, Milo, who could name the color of the writer's shirt, among other parlor tricks.

In other words, there just isn't much information or hands-on impressions to be had with Project Natal, and the main challenge Microsoft faces at this year's E3 is not only to make the hardware real for the press and the readers at home, but to convince readers that this is something they need to buy this holiday season. That may be a bigger challenge than everyone assumes.

Sony had the right idea at GDC

At an invite-only press event during this year's Game Developers Conference, Sony gave a short presentation on the power of the PlayStation Move with a few gameplay videos and demonstrations, and then set the press free in a large, warehouse-like space next door in order to simply play with the hardware. There were no smoke and mirrors here; we just played games, chatted up Sony representatives, and held what seemed to be final or near-final hardware in our hands.

The next day even more games were shown in the Sony lounge, where drinks flowed like water and everyone was able to play as much as they wanted. It was a party-like atmosphere, which was perfect for the more lighthearted games on display. We were given a private demo of the newest SOCOM title, played with the PlayStation Move. Our time with the hardware left us with some things we liked and some things we didn't, but it was clear that the technology was ready to go.

What Microsoft has planned

Microsoft is demanding a lot of our time at E3 this year. On Sunday, June 13, there will be a Project Natal demonstration featuring Cirque du Soleil. That should certainly be interesting, but how much of the hardware and games we'll see is an open question. Microsoft's press conference takes place that Monday morning, and then there is yet another Natal event Monday evening.

The company certainly has plenty of time to show off its newest hardware to the press, and we're expecting Natal to launch this holiday season. An event as big as E3 in June means that we should be given the whole suite of details: price, release date, and games that will launch alongside the hardware.

The early tech demos sound promising. Gizmodo wrote this last June: "But turning my air steering wheel, I felt completely in control. A lot of that was the software-it registered even the smallest pivots of my elbows that sent my forearms right or left-but the way it responded exactly how I expected it to is what made it feel so natural. Which is the real key here. It feels natural."

Engadget had similar praise: "As soon as we stepped into line in front of the box, the avatar immediately took on our stance and movements. And we mean really took them on-little gestures with our arms, the posture we had, front and back movements-it tracked with complete accuracy. We did notice a bit of stutter during some finer movements, but overall the effect was impressive (and more than a little eerie)."

The groundwork is there, but Microsoft runs the risk of having hardware that looks good and promising, but without a single game that will cause gamers to reach for their wallets. Microsoft is clearly planning a Natal onslaught at E3-but we know next to nothing about the hardware and the launch could be mere months away.

Microsoft has quite the challenge: make the hardware real, show that it can work well outside of the perfectly controlled settings where previous demos had taken place, and announce a game-or even more ideally, games-that will make gamers feel like they need one now. It may sound simple, but it's a tall order for such ambitious hardware. We'll be at E3, taking in the full range of Microsoft events, so keep your eyes here for coverage.

Until then, the speculation will continue.