Video gaming 'history' to be made this week at E3 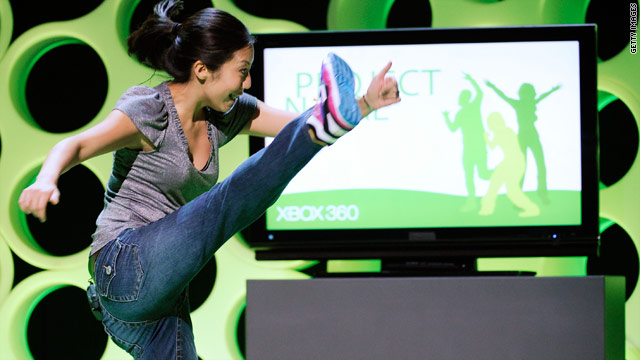 (CNN) -- For gamers, it's a digital Christmas Eve, Mardi Gras and Fourth of July all rolled into one.

And this year's Electronic Entertainment Expo, the annual trade show where the biggest news in the video gaming world is made, may be the most influential one ever.

In short, if this week's announcements live up to the hype, they will change the way people play games.

"We're literally watching history in the making," said Michael Quiroz, an associate at Nyko, an accessories manufacturer that will be displaying at the expo and a veteran of 10 E3s.

E3, which officially runs Tuesday through Thursday in Los Angeles, California, started in 1995 as a spinoff from the Consumer Electronics Show -- the yearly cavalcade of gadgets in Las Vegas. The very first E3 launched a little gaming device called the Sony PlayStation.

The next year saw the Nintendo 64 and the games "Resident Evil," "Starcraft" and "Tomb Raider" roll out, and it was official: E3 was the launching pad for the biggest splashes in video gaming.

In the years to come, PlayStation 2, Xbox 360, GameCube and a Nintendo console nicknamed "Revolution" -- it would later become the Wii -- took the stage, along with some of the most popular video games of the past decade and a half. Last year the two surviving Beatles made a rare joint appearance to promote "The Beatles: Rock Band."

"E3 is an annual mecca," said Scott Steinberg, founder of GameExec magazine and Game Industry TV, and a gaming blogger for CNN.com. "It's a mandatory pilgrimage. It's the one time during the year when the media spotlight is honed precisely on the video-game industry and its biggest stars come out to shine."

This year, that spotlight will shine brightest on Nintendo, Microsoft and Sony. While the "big three" won't be focusing on new consoles, their upgrades and add-ons to existing systems promise to move the industry forward.

Microsoft hopes to win Best In Show with a system that it announced on Sunday will be called "Kinect."

Buzzed about for more than a year under its codename, Project Natal, the system for the Xbox360 employs a camera and gesture recognition to let players use their whole bodies to run, shoot or most anything else that their in-game avatars do

My first impressions of 'Kinect'

Microsoft offered a sneak peek of Project Natal at E3 2009, although few people have been able to get their hands on the system to try it out. Sunday, there was another glitzy promo in L.A., featuring the players of the visually stunning Cirque du Soleil.

"They went big with it last year, we saw it very briefly, and they've been fairly quiet about it ever since," said Ricardo Torres, editor of online gaming site GameSpot. "Now, this is the cotillion. This is the coming-out party."

Move, Sony's new motion controller for the PlayStation 3, is expected to be more in line with the Nintendo Wii -- the reigning champ of motion-sensor gaming. Sony, of course, is promising to advance the technology.

It'll have a controller similar to the Wii's wand, but Sony is expected to claim that the Move is more sensitive. Early word is that it will cost less than $100.

Sony also could make some 3-D gaming announcements, and PlayStation owners could also get some news on Sony's plans to expand its Blu-ray 3-D movie offerings on the console.

Then there's Nintendo, the standard-bearer in motion-control, which is hoping to add 3-D to its arsenal.

The company will be showcasing a new stand-alone device -- the portable Nintendo 3DS. The handheld game is expected to feature glasses-free 3-D, which has hardcore gamers wondering just what 3-D on a small screen will look like.

The interest level is so high that last week, when a Chinese blog claimed to have gotten its hands on a 3DS and posted a line drawing of a device, "Nintendo 3DS" briefly became one of Google's most-searched terms.

E3, which slumped in popularity as the economy soured in 2008 but saw a significant comeback last year, comes at a crossroads sort of moment for video gaming.

For years, gaming has been the domain of male 18- to-34-year-olds, with fighting, racing and battle games flooding the market.

But the emergence of social media and smartphones, not to mention the Wii, has contributed to growth in nontraditional markets.

Millions of people, many of them older women and younger teens,play FarmVille on Facebook every day. Family-friendly games like "Angry Birds" and "Bejeweled" consistently hover on the list of top-ten apps for the iPhone and other mobile platforms.

Not since the days that Pac-man and Frogger graced arcades has such a wide swath of the population been interested in gaming, industry observers say.

"What we're seeing is a return to prominence and greater pop-culture acceptance of gaming as an art form," Steinberg said. "There's never been a larger array of games that speak to all ages and interests."

Besides the big announcements and debuts of new games -- updates to the "Halo," "Gran Turismo" and "Little Big Planet" franchises are on the list -- for hardcore gamers, there will be displays of social-gaming efforts hoping to be the next "FarmVille" or "Mafia Wars."

"The big question mark is how it's going to break down between how much is casual and how much is for core gamers," Torres said.

For the big companies and other exhibitors trying to get a piece of the spotlight, the right kind of attention this week could lead to dollar signs in the months to come.

"If you win E3, you get momentum going into the holiday season," Quiroz said. "You can't buy enough billboard space to create that kind of buzz."