After a week of video games, a look at E3's winners and losers 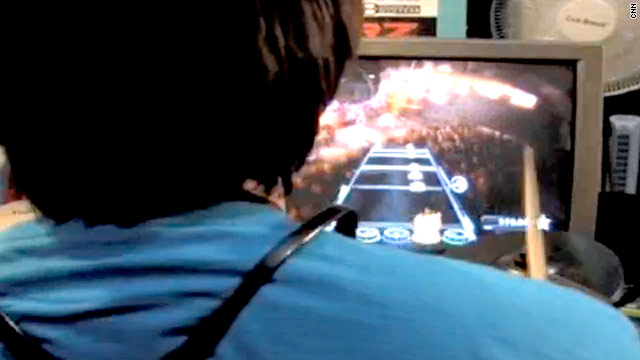 New games have been showcased this week at the Electronic Entertainment Expo in Los Angeles, California.
STORY HIGHLIGHTS
RELATED TOPICS

Los Angeles, California (CNN) -- The Sony PlayStation and Microsoft's Xbox made moves on Nintendo's Wii at the Electronic Entertainment Expo -- the three days each year when all eyes are on the video-gaming world.

With new systems that let players control games with their own movements, the industry's "big three" now find themselves locked in a battle for dominance in what was once a single-player arena.

Video games, of course, are a world ruled by high scores -- preferably ones that come after destroying your opponent with a dramatic finishing move.

So, did anyone strike a killing blow at E3?

Most analysts are saying it's too early to tell.

"I'm excited by the hardware; the hardware all looks great," said Shaun McInnis, associate editor at Gamespot.com. "It's going to be interesting."

McInnis and others are saying that it will be the software that ultimately will tell the tale.

Microsoft's Kinect, a motion-sensing system that requires no game controller at all, and Sony's Move, with a Wii-like wand that charts body movement, both showed off capabilities that largely lived up to their billing.

But the games that the companies are offering on the new systems are, perhaps understandably, limited at this point.

On Kinect, Microsoft showed off some compelling-looking titles, but ones that will mostly remind gamers of the first-generation party games that were offered for the Wii.

Sony offers a couple of its established titles, the new "LittleBigPlanet 2" and "SOCOM 4" games, for Move. But aside from "Sorcery," a nice-looking adventure game, the titles fall into the familiar dancing, fighting and kids games categories.

Meanwhile, Nintendo -- which made its biggest single splash by rolling out its Nintendo 3DS handheld device -- countered with a flurry of titles for the Wii that harken back to the company's storied place in gaming history.

New "The Legend of Zelda: Skyward Sword," "Donkey Kong Country Returns" and "Mario Sports Mix" games were announced. So were "GoldenEye," an update of the classic James Bond-inspired shooter, and "NBA Jam," another old favorite getting a new twist.

Dan Hsu, co-founder of gaming-news site Bitmob, agreed that no clear winner emerged from the week, but said that Microsoft's Kinect, known previously by its code name, Project Natal, might have suffered a bit from pre-show hype.

"I wouldn't say any of them lost, because I don't think anybody walked away from any of the press conferences thinking that company didn't do a good job," Hsu said. "But I'd say the one making the smallest splash might have been Microsoft.

"Most of the titles they showed, we've heard of before. There weren't a lot of surprises there."

Hsu said Nintendo made the biggest impact with a single device at E3 with its 3DS.

"Once you actually got to see it, you realize that this was some new technology that we've not seen before," he said. "It's visually stunning."

While not personally fired up about the games offered on the new motion systems, Hsu said he is excited about their long-term potential. Kinect, for example, showcases voice recognition on "Kinectimals," a kid-friendly game that drew "oohs" and "ahs" from folks inclined toward such things.

But it might take a couple of years to see if either of the new players can cut seriously into Nintendo's hold on motion gaming.

Here's our take on other "winners" and "losers" from E3:

Winner: The cloud-gaming platform Steam was a big winner with the announcement of "Portal 2" for the console. "Portal 2" will be the sequel to the surprise 2007 PC hit, "Portal," that was included in "The Orange Box" game bundle.

Steam also announced that it will be bringing its cloud gaming network to the PlayStation 3, offering automatic updates and online saving of games in progress -- a big win for players.

Winner: Numbers fared well at E3 -- as in the kind that appear in game titles. Many of the gaming world's major franchises will be coming out with fresh content to keep their fans happy.

"SOCOM 4," "Gran Turismo 5," "LittleBigPlanet 2," "Gears of War 3" and "Dead Space 2" are just some of the follow-up titles that will be hitting consoles and PCs later this year.

Loser: Gamers' pocketbooks are going to take a hit with new hardware upgrades. The 3-D advancements are going to cost a pretty penny for a new television/monitor and specialized glasses.

Sony is bundling its Move controller with the navigation controller, PlayStation Eye and a Move-ready game for just under $100. Microsoft hasn't released a price for its Kinect motion-controller, but online rumors suggest the Xbox add-on may cost about $150 to $400.

Nintendo also has been silent on its new 3-D handheld console, 3DS. But the current price of the Nintendo DSi XL is slightly under $200, so the 3DS likely will top that number.

Loser: Santa is in for a rough season unless he starts working out now.

Last year, many blockbuster titles waited until after the holidays to come out due to the overwhelming demand for "Call of Duty: Modern Warfare 2," a first-person shooter game that sold 4.7 million copies worldwide in the first 24 hours of release. This year, many "must-have" titles will be stuffing Santa's bag and breaking his back.

"Civilization V" (September), "Medal of Honor" (October), "Need for Speed: Hot Pursuit" (November) and many others are expected to be on wish lists for the holidays -- along with the new gaming systems from the big three.