The iPad is for grandparents, not just geeks 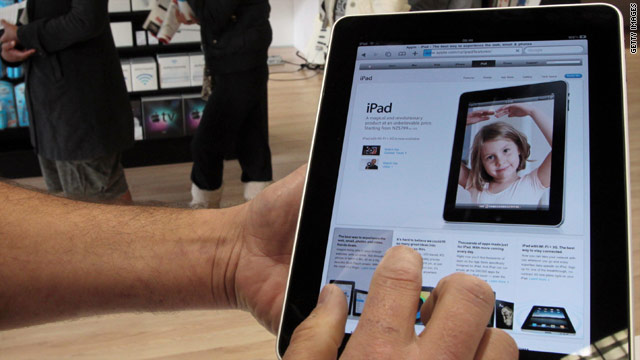 The iPad is a great tool for grandparents for the same reason candy is -- their grandkids love it.
STORY HIGHLIGHTS
RELATED TOPICS

That may not be the target audience you're thinking of for a $500 piece of high-tech metal and glass. But it actually makes sense. Why is that?

First and foremost, the iPad is incredibly simple to use, and easy to learn. (After more than 100 days of owning one, I love it.) For older people, or especially for inexperienced computer users, that's very helpful.

Because the iPad is just a 10-inch touch panel, all you need to think about and interact with is what's on the screen. There are no hidden menus to have to learn about, or buttons to think about. There's no need to master double-clicking or right-clicking. You just touch what you want.

So while there is some learning curve for the iPad, it should be much easier than trying to figure out the intricacies of Windows or even a Mac. And the touch-based user interface should seem very intuitive. There isn't anything much simpler than just touching what you want from the screen.

Second, the iPad is easy for the sort of stuff we imagine our grandparents would want to do with it: Reading the web, e-books with large-as-you-want-it text, magazine articles, and email; looking at photographs and videos; filling out crossword puzzles; and writing short messages.

Some of these apps are built in; others can be downloaded quickly and easily from the iPad app store.

The iPad is admittedly not very good for writing longer e-mails, but that's where an optional wireless keyboard or keyboard dock could be helpful. And it's not designed (yet) for printing stuff, but there are some work-arounds available, depending on what sort of printer you have, what you want to print, or if you want to go through a computer to print.

Lastly, the iPad is a great tool for grandparents for the same reason candy is -- their grandkids love it!

Consider what my colleague Henry Blodget has written at Business Insider, under the title "HELP! My Kids Are Addicted To My iPad."

He says, "We got an iPad because we thought it might provide more peace and quiet during a long trip. And it did. Sometimes. When they weren't fighting over it." He adds, "A month after we bought it, the iPad has become so central to our household that we have to hide it. And in relatively short order, to preserve my family harmony, I'm probably going to have to buy two more of the damn things."

So if there's one way to be the most popular grandparents in the family, it's by keeping an iPad in the living room, stocked with kids' games, e-books, and the Netflix app for movies and TV shows. (Or, when it's cheaper in a few years, an iPad in every room.)

If I were a kid now, I'd love going over to grandma and grandpa's house to play with their iPad -- just as I loved going to my grandparents' house in the '90s because they had cable and MTV, and we didn't at home.

Apple's device is set to be one of the most desired gifts this holiday season. Its mainstream appeal -- to all age groups and levels of tech-savviness, even grandparents -- is a big reason why.