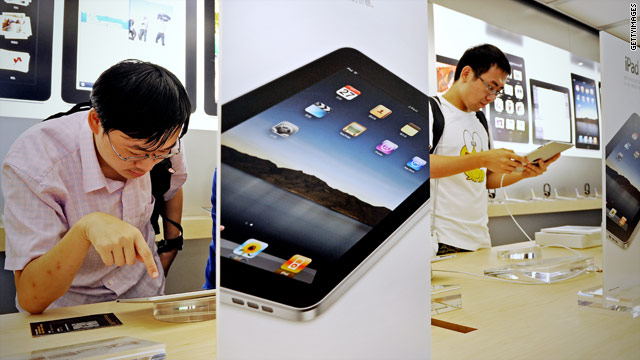 Apple may launch digital newspaper and magazine subscriptions for the iPad, according to a report.
STORY HIGHLIGHTS
RELATED TOPICS

(ArsTechnica) -- Buzz has been picking up lately about Apple opening an iBooks-like distribution medium for the iPad, but for magazine and newspaper subscriptions.

Now, the Wall Street Journal claims to have further inside information about Apple's digital newsstand, saying that Apple has stepped up its efforts to court publishers for a launch "as early as the next month or two."

According to "people familiar with the matter," Apple is pressing news and magazine conglomerates to get on board with Apple. Those in the industry believe the iPad could provide some much-needed revenue and distribution growth, but also fear giving Apple the kind of power the company had over the music industry for so long.

So far, Apple has allegedly participated in talks with News Corp., Hearts Corp., Time Inc., and Condé Nast. And, although no one seems to be sure which, if any, companies are already on board, Apple has been telling them that at least one company has already signed on the dotted line.

What are some of the sticking points? The WSJ's sources say that Apple's proposal doesn't include handing over personal information about subscribers, which is exactly what they want in order to be able to sell ads, among other things. Apple is allegedly open to discussing ways to share certain info, though, such as subscriber names, or letting publishers offer incentives to get people to voluntarily hand over that information, "such as free Sunday newspaper delivery."

Publishers are also not so keen on giving Apple its typical 30 percent cut of sales as part of the subscription process. Some companies currently sell magazine issues as apps through the App Store, though, meaning that they already fork over 30 percent of the app purchase price (as well as any in-app purchases) to Apple. Still, this detail lines up with reports from earlier this year, which said that newspaper and magazine companies were less keen on giving such a cut to Apple than book publishers have been through iBooks.

The timing for such an announcement remains up in the air. Even though the WSJ says it could happen in the next month or two, we think it's likely to come alongside the announcement of an updated iPad, which is expected to happen during the first quarter of 2011. The frequency of the rumors is speeding up, though, which is often a sign that something is actually going on behind the scenes. It's likely just a matter of time before Apple launches its newsstand, even if only a couple publishers are on board at launch.