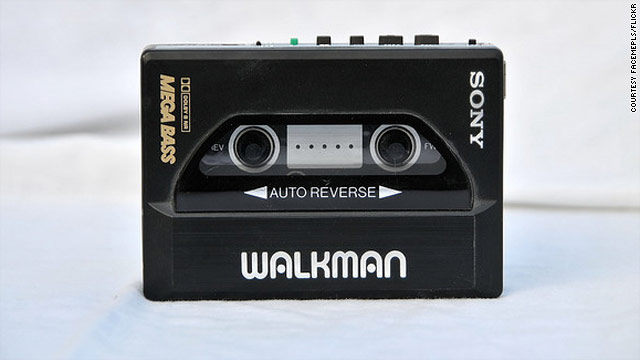 (Mashable) -- After retiring the floppy disk in March, Sony has halted the manufacture and distribution of another now-obsolete technology: the cassette Walkman, the first low-cost, portable music player.

The final batch was shipped to Japanese retailers in April, according to IT Media. Once these units are sold, new cassette Walkmans will no longer be available through the manufacturer.

The first generation Walkman (which was called the Soundabout in the U.S., and the Stowaway in the UK) was released on July 1, 1979 in Japan.

Although it later became a huge success, it only sold 3,000 units in its first month. Sony managed to sell some 200 million iterations of the cassette Walkman over the product line's 30-year career.

Somewhat ironically, the announcement was delivered just one day ahead of the iPod's ninth anniversary on October 23, although the decline of the cassette Walkman is attributed primarily to the explosive popularity of CD players in the '90s, not the iPod.