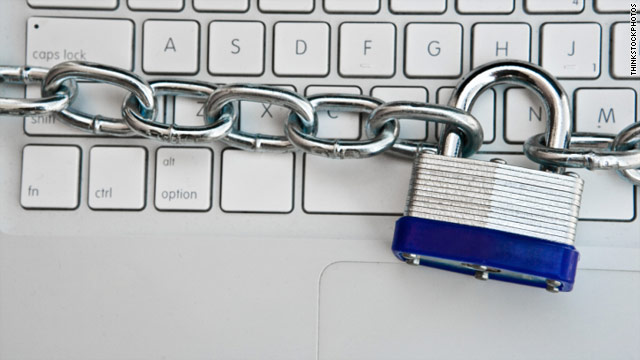 The 12-character era of online security is upon us, according to a report published this week by the Georgia Institute of Technology.

The researchers used clusters of graphics cards to crack eight-character passwords in less than two hours.

But when the researchers applied that same processing power to 12-character passwords, they found it would take 17,134 years to make them snap.

"The length of your password in some cases can dictate the vulnerability," said Joshua Davis, a research scientist at the Georgia Tech Research Institute.

It's hard to say what will happen in the future, but for now, 12-character passwords should be the standard, said Richard Boyd, a senior research scientist who also worked on the project.

The researchers recommend 12-character passwords -- as opposed to those with 11 or, say, 13 characters -- because that number strikes a balance between "convenience and security."

They assumed a sophisticated hacker might be able to try 1 trillion password combinations per second. In that scenario, it takes 180 years to crack an 11-character password, but there's a big jump when you add just one more character -- 17,134 years.

Passwords have gotten longer over time, and security experts are already recommending that people use full sentences as passwords.

"No, the capital of Wisconsin isn't Cheeseopolis!"

Or maybe something that's easier to remember, like this:

Even though advances in cheap computing power are making long, complicated passwords a necessity, not all websites will accommodate them, Boyd said.

It's best to use the longest and most complex password a site will allow, he said. For example, if a website will let you create a password with non-letter characters -- like "@y;}v%W$\5\" -- then you should do so.

There are only 26 letters in the English alphabet, but there are 95 letters and symbols on a standard keyboard. More characters means more permutations, and it soon becomes more difficult for a computer to generate the correct password just by guessing.

Some websites allow for super-long passwords. The longest one Boyd has seen is at Fidelity.com, a financial site that lets users create 32-character passwords.

On a Microsoft website devoted to password security, the tech giant tells the password-creating public not to use real words or logical combinations of letters. That keeps you safer from a "dictionary attack," which uses a database of words and common character sequences to try to guess the code.

The Georgia Tech researchers carried out a "brute force" attack when they determined that passwords should be at least 12 characters long.

To do so, they deployed computer graphics cards, which are cheap and can be programmed to do basic computations very quickly.

The processors in those cards run simultaneously, trying to guess all of the possible password combinations. The more characters in a password, the more guesses are required.

But if your password has to be really long in order to keep up with this computational power -- and if you're supposed to have a new password for each website you frequent -- then how are you supposed to remember everything?

There are a few solutions, however.

Other companies sell tokens that people carry around with them. These keychain-sized devices generate random numbers several times a minute, and users must enter those numbers and a shorter password to log in.

Some sites -- Facebook for example -- are marketing their log-ins and user names as a way to access sites all over the Web.

That's good for the user but is potentially dangerous because if hackers figure out a single password, they can access multiple banks of information, the researchers said.

The reason passwords have to keep getting longer is that computers and graphics cards are getting faster, the Georgia Tech researchers said.

"These things are really inexpensive -- just a few hundred dollars -- and they have a performance that's comparable to supercomputers of only just a few years ago," Boyd said of fast-processing graphics cards.

Maybe our brains will have to get bigger and faster, too. We'll need some way to remember these tome-like character strings.