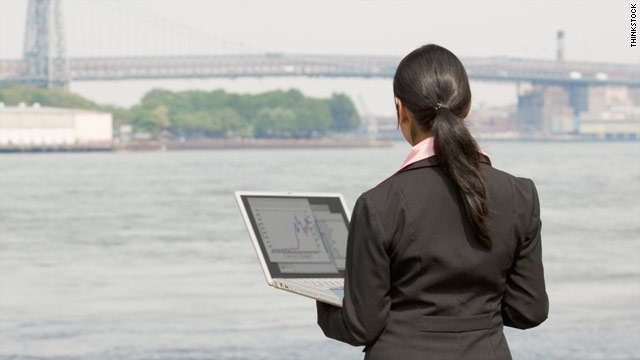 (CNET) -- AT&T is offering free public Wi-Fi hot spots to help it deal with increasing congestion on its wireless network.

The pilot program will offer free Wi-Fi access to AT&T wireless and broadband customers using smartphones, laptops, and other Wi-Fi enabled devices. AT&T's Wi-Fi network is set up on the north side of Times Square on Seventh Avenue between 45th and 47th Streets.

The program is designed to see how Wi-Fi can help relieve wireless data congestion on AT&T's network. Customers with Wi-Fi-enabled devices will connect to the Wi-Fi network instead of AT&T's 3G network to access the Internet or Web-based applications.

If all goes well, AT&T said it may expand the offering to other cities.

AT&T, the exclusive carrier in the U.S. for the iPhone, has been struggling to keep up with demand for data services on its network. The company has reported that due to new devices like the iPhone it's seen mobile data traffic grow on its network 5,000 percent in three years.

The extra traffic, particularly in densely populated locales such as New York City and San Francisco, has caused problems for consumers in the way of dropped calls and slow Net access.

The telephone company has been investing in its network to improve capacity and network coverage. It's upgraded its backhaul networks, which connect the cell sites to its Internet backbone. It's added new Microcell devices that expand in-home coverage. And it's bulked up coverage in sports stadiums, convention halls and other areas where people congregate.

AT&T has also been using its more than 20,000 Wi-Fi hot spots throughout the country to offload some of the traffic. The company has offered free Wi-Fi access to its smartphone subscribers in the hopes that customers will use the Wi-Fi network when it's available rather than the slower 3G network.

So far, the company has seen some success. In 2009, AT&T consumers connected to an AT&T Wi-Fi hot spot four times more often than they did in 2008, the company has said. And in the first quarter, AT&T handled 53.1 million Wi-Fi connections on its network, which is nearly five times higher than the same quarter last year.

One of the biggest advantages of Wi-Fi is that it's already in most devices. Laptops come with Wi-Fi pre-installed, and most new smartphones also come with Wi-Fi built in. It's also faster than a 3G network, so it offers subscribers a better experience.

Advancements in the technology, especially new features found in the latest version of Wi-Fi 802.11n, increase the range and speed of the networks. In urban areas, Wi-Fi hot spots now extend almost 2,000 feet, which is nearly as far as some cellular cell sites, according to Jeff Thompson, CEO of fixed wireless provider Towerstream.