Analysts: Symbian and Android will dominate by 2014 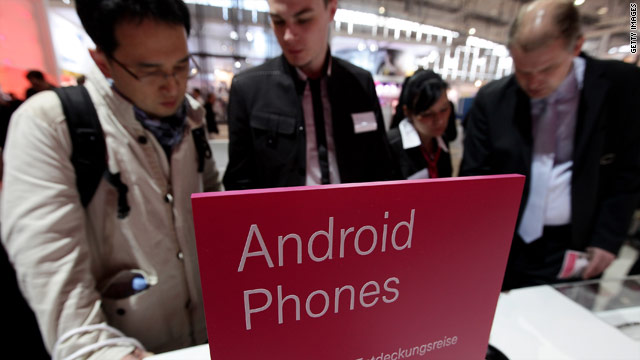 By the end of 2010, Google's Android will sneak into second place behind Symbian with 17.7 percent market share.
STORY HIGHLIGHTS
RELATED TOPICS

Gartner expects that Symbian and Android together will account for 59.8 percent of the total worldwide mobile OS market by 2014, split almost equally -- Symbian with 30.2 percent, and Android with 29.6 percent.

Android is already closing the gap with the market leader. By the end of 2010, Gartner says, Google's Android will sneak into second place behind Nokia-backed Symbian with 17.7 percent market share, compared to Symbian's 40.1 percent.

At the end of 2009, Android OS had just 3.9 percent market share, the research firm reported.

Gartner's predictions don't bode well for RIM's BlackBerry OS and Apple's iOS. Those platforms, which ended 2009 with 19.9 percent and 14.4 percent of the market, respectively, are expected to take the third and fourth spots this year.

In fact, Gartner believes RIM will end the year with 17.5 percent market share, while Apple will capture 15.4 percent of the space. Windows Phone will trail far behind with just 4.7 of the market.

But by 2014, when Symbian and Android will be soaring, Gartner expects BlackBerry OS to have just 11.7 percent of the mobile market and iOS to own 14.9 percent.

Gartner thinks Symbian will still lead the mobile market in 2014 due to "Nokia's volume and the push into more mass-market price points." Android's success can be attributed to "communication service providers' marketing and vendor support," Gartner said.

IDC likewise said that Android OS will take the second spot behind Symbian in 2014, but it pegged Android's worldwide market share at 24.6 percent, compared to Symbian's 32.9 percent.

Of course, four years is a long time. And things can change. Nowhere is that more evident at the moment than at Nokia.

Late Thursday night, the company announced that it is appointing Stephen Elop, president of Microsoft's Business Division, as its new CEO. Nokia said that Elop will help lead its "substantial transformation" from a hardware company to a software company.