$100k up 4 grabs in txting chmpionshp 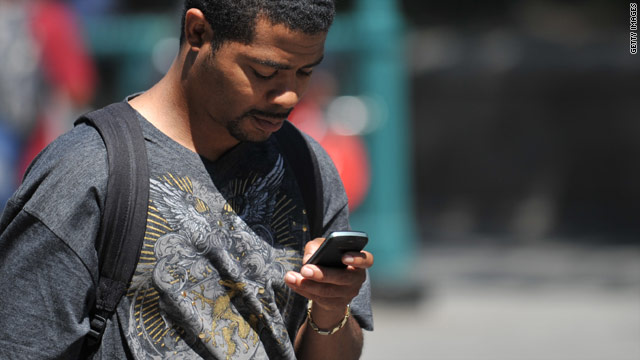 (CNN) -- Some of the fastest thumbs in the country will pound mobile phones at lightning speeds Tuesday for a chance to win $100,000.

Finalists in the 2010 LG U.S. National Texting Championship in New York City will endure blindfolds, complex phrases and marathon texting during the event. The grand prize includes a donation to the charity of the winner's choice.

The finalists have already messaged their way through preliminary competition, such as on-site texting challenges at concerts, text alerts on TV shows or texting from online tournaments.

Incidentally, the competition is scheduled to take place the same day the U.S. Department of Transportation hold a summit on distracted driving.

A ban on texting behind the wheel has already been enacted in 19 states and the District of Columbia. Seven states have banned the use of all handheld devices while driving.

LG has launched a program called Text Ed, which advocates safety with texting.

The final four contestants endured an exhausting battery of drills -- including texting while human emoticons attempted to distract the finalists. Competitors were judged on both accuracy and speed.

One failed to accurately text "Which wicked witch wished which more wicked witch in the well?" while a human emoticon talked trash about her sister.

"It feels the best!" Moore said in a text interview with CNN. "Im so prd of myself & it feels aswm that ive gottn so far! :)"