How to make your cell phone greener 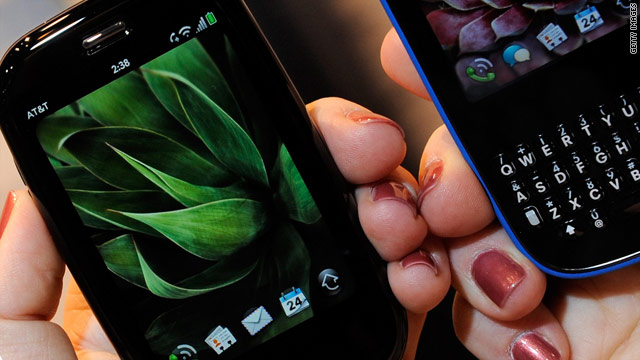 Keep in mind that texting is your most energy-efficient (and thus eco-friendly) communication option.
STORY HIGHLIGHTS
RELATED TOPICS

(CNN) -- Cell phones have become one of the most ubiquitous hallmarks of life in the 21st century, but they aren't necessarily good for the environment.

First of all, there are the materials. From plastics to the rare, powdery precious metal tantalum (mined primarily in Central Africa, where it's become implicated in local exploitation and violence and is now known as a conflict mineral), cell phone materials present a variety of environmental and even human rights issues.

Then there's energy use. Smartphones are especially notorious energy hogs, with most models rarely getting more than a day of usage without some pretty drastic energy-saving strategies.

In addition to the power needed to charge any cell phone (smart or otherwise), there's also the power required to transmit calls, text/media messages and data across wireless carrier networks. Plus, all wireless networks transmit a large volume of "signaling traffic" to help route calls and data to customers.

All of this electricity consumption adds up to greenhouse gas emissions. Earlier this summer, the UK Guardian's Green Living Blog discussed the carbon footprint of cell phones and their usage:

"The footprint of your mobile phone use is overwhelmingly determined by the simple question of how often you use it.

"One estimate for the emissions caused by manufacturing the phone itself is just 16 kilograms of carbon dioxide emissions (CO2e), [similar to the carbon footprint of about] 1 kg of beef.

"If you include the power it consumes over two typical years [of use,] that figure rises to 22 kg. But the footprint of the energy required to transmit your calls across the network is about three times all of this put together -- taking us to a best estimate of 94 kg CO2e over the life of the phone (47 kg per year)."

Aware that cell phones have an eco image problem, nearly all cell phone manufacturers, U.S. wireless carriers and office supply or electronics vendors now offer recycling programs (both in-store and mail-in) where they'll take back your used phone for free and recycle the materials as much as possible.

An even greener (and generally cheaper) option is to buy a used cell phone rather than a new one. If you don't absolutely need all the latest features, you can probably get a good price on a model in good condition that's a year or less old.

If you simply must have a brand new cell phone, there are several new models that claim to be greener than most. Samsung's Blue Earth feature phone, slated for a U.S. launch later this year, features a built-in solar panel for charging. (See MobileBurn review.) And several phones, like the LG Remarq, tout that they (or their packaging) are made of recycled or recyclable materials.

This summer, CNET published a comparison chart of some leading green phones.

Also this summer, the UK wireless carrier O2 presented its first eco ratings of popular mobile phones. This effort proved controversial because Apple (maker of the iPhone) and Research in Motion (maker of the world's most popular smartphone, the BlackBerry) declined to participate.

However, ThinkQ reported that RIM says it will participate next year. And Greenbiz.com questioned why several smartphones made it onto O2's eco-friendly phone list.

Back in the U.S., it may soon get easier to tell which cell phones are really green. UL Environment Inc. (part of Underwriters Laboratories) is designing its initial sustainability standards for cell phones. The draft standards are due out in late 2010.

In the meantime, when using your cell phone, keep in mind that texting is your most energy-efficient (and thus eco-friendly) communication option. Or if possible, call from an old-fashioned land line instead -- that uses far less power to transmit calls.