RIM on the edge of a big move? 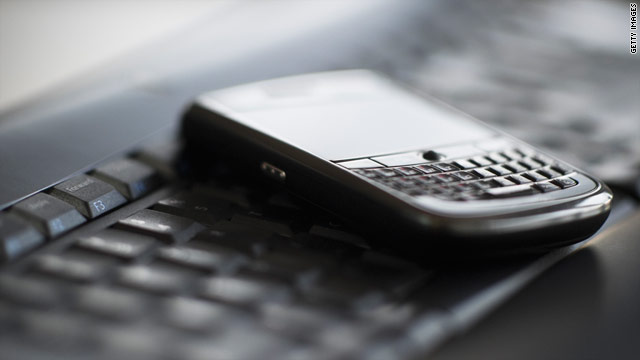 Research In Motion is the largest smartphone purveyor in the U.S., despite the surging sales of iPhones and Android phones.
STORY HIGHLIGHTS
RELATED TOPICS

(CNET) -- Research In Motion is known for basically one thing: making reliable smartphones that brought e-mailing from a phone to the mainstream. But it might be branching out very soon.

The Canadian company is the largest smartphone purveyor in the U.S., and despite the surging sales of Apple iPhones and Google Android-powered devices, RIM has held its ground -- for now. Its BlackBerry accounts for 41 percent of smartphones in the U.S., and is second overall worldwide after Nokia.

But even though RIM has been able to hold on to its lead in smartphones, Apple's iOS software and Android are not staying put there. Both are moving on to bigger, more powerful mobile devices: touch-screen tablets. The iPad's runaway success has created a new device category for consumers who want to buy something that's lighter than a laptop and easier to type and browse on than a smartphone.

And almost everyone is jumping in: Dell, HP, and Samsung are looking to get a piece of this market early on, too, which analysts expect to hit 15 million units this year, and more than 20 million next year.

RIM, somewhat surprisingly, is one of those with its eye on this market. Since the spring, reports have leaked out that the company was testing a tablet to work in conjunction with its smartphone. RIM was found to have bought the domain name "Blackpad.com," which has led some to nickname the yet-to-be confirmed device "BlackPad."

Word came last week that the company might even introduce the device today, when President and Co-CEO Mike Lazaridis and other execs take the stage at the annual developer gathering, RIM DevCon, in San Francisco. The device is not expected, however, to ship until closer to the end of the year.

If it does offer a sneak peek, it's a bold move to do it in the same venue Apple uses to announce its new iPhone every year (San Francisco's Moscone Center), but not more so than RIM actually making a tablet in the first place.

If RIM trots out a sister device to the BlackBerry, like a touch-screen tablet, it's a sign that the company isn't resigned to letting Apple and Android steal its market share without a good fight.

Taking a look at the reported specs, the device could be competitive. Little bits and pieces have leaked out: it's purportedly 7 inches, with a touch screen, front- and back-facing cameras for video conferencing, a 1Ghz chip from Marvell, and Wi-Fi access.

There are a few interesting things about RIM's choices here, based on the leaked details. The choice to not include cellular service isn't unusual: Apple offers a Wi-Fi only option on its iPad in addition to a model with 3G service from AT&T. But how it might overcome that would be by allowing the tablet to connect wirelessly to a BlackBerry to use its 3G connection for data.

The last time we saw that idea, a companion device, was Palm's ill-fated Foleo, which was the beginning of the end for the company.

But this isn't quite the same situation and could work for RIM's target audience: business folks. It's not as broad as the one Apple and Samsung are aiming for (basically everyone), but with a recognizable name and a trusted brand among large companies, RIM could be on to something here with enterprise users who already have a BlackBerry.

Targeting an audience that's not primarily composed of consumers could explain what RIM might do with the software. Reports say that the device would be powered not by BlackBerry OS 6, but by new software from QNX Software Systems, which RIM acquired earlier this year. Not much is known about how its implementation would work in a tablet, but The Wall Street Journal's sources said that QNX could eventually replace the software used in BlackBerrys too.

But the mobile game requires more than just having hip hardware these days. As Google and Apple have figured out, the key to selling mobile devices is having killer apps--for smartphones and tablets. RIM has to attract more developers, and has its work cut out there. BlackBerry App World has been open for business for almost a year and a half and has just over 10,000 applications, which is miniscule compared to Apple's 250,000 and Android's 100,000.

That's why the majority of the keynote will likely focus on appealing to people who make software for the BlackBerry. RIM's expected keynote announcements include unveiling a new social-apps platform that will expand the device-to-device BlackBerry Messenger service to other apps.

We don't know exactly how that expansion will work, but maybe a device-to-device data push could include sending music, video, and app recommendations, maps, or games from one BlackBerry to another.

Other announcements will center on payment and billing options, new tools for business-oriented app developers, and a demo of how RIM wants its developers to use the emerging Web standard HTML5, which both Apple and Google have embraced.

RIM has the spotlight and an opportunity to grab some of the attention away from its two biggest rivals. What will they do with it? Check back today at 1 p.m. PDT for our live blog coverage of the opening keynote speech.