Most Americans still don't have smartphones 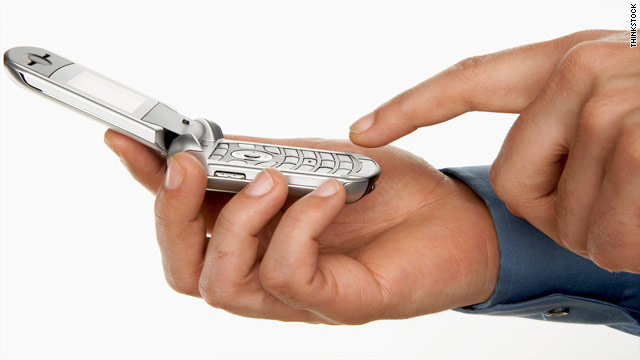 (CNN) -- If you're a tech news junkie (and that's why you're reading CNN.com Tech, right?), you might have gotten the impression that everyone already has -- or at least wants -- a smartphone. Or that smartphones and tablets are the only mobile devices that matter.

But new research from Forrester indicates that while cell phone penetration is high across all U.S. demographics (82 percent of consumers own a cell phone, and 73 percent report that cell phones are their "most used device"), only 17 percent of Americans own a smartphone.

According to Forrester, Gen Yers and Gen Xers are most likely to own smartphones. However, less than one-fourth of cell phone users in both of those age groups own a smartphone.

All of which means that the vast majority (more than 75 percent) of the "digital native" generations does not use smartphones. Instead, they rely on cheaper, simpler-feature phones and limited access to mobile data-supported services.

Of course, feature phones are getting smarter. Many of the the most popular feature phones can do a lot beyond voice calls -- from text and multimedia messaging to e-mail, to social media, to web browsing, to even running simple apps based on JavaME.

In fact, according to Forrester's figures, just under half of all U.S. mobile owners have internet access from their cell phone. So, since only 17 percent of U.S. cell users have a smartphone, this means that the vast majority of Americans who are able access the mobile internet use feature phones.

But being able to do something is not the same as actually doing it. Just under a quarter of U.S. mobile owners report going online from their phones.

The simplest mobile activities remain the most popular across all types of cell phones. Topping Forrester's list is SMS text messaging, which nearly 60 percent of all U.S. mobile owners use.

Despite the booming popularity of social networks like Facebook and Twitter, Forrester found that social networking services are one of the least popular non-voice mobile communication functions: Only 14 percent of U.S. mobile users access such services from their phones.

In this report, Forrester seems to be trying to spin its findings to make smartphones sound like the most important current mobile trend. For instance, the report says, "Gen Yers and Gen Xers are the most likely to have smartphones and unlimited data plans, providing the tools needed to lead in mobile Internet adoption" -- despite the fact that they're describing the behavior of a minority in that age range.

I'm not saying smartphones are not important. Indeed, they're very important.

Smartphones have spurred considerable growth in (and demand for) mobile services. They've got people thinking more creatively about how to use mobile phones -- all kinds of mobile phones.

And they've hastened the development and expansion of the mobile internet. Doubtlessly, in the future, all phones will continue to get smarter.

But for now, and for the near future: Smartphones still cost far more up front and over time than most feature phones. While smartphones are getting easier to use, they still generally have a steeper learning curve. Also, smartphones generally offer far worse battery life.

Meanwhile, the U.S. economic and employment scene remains tough and isn't bouncing back quickly. So the $90-plus-a-month two-year contracts that U.S. wireless carriers tend to lock smartphone users into (along with prohibitively high early termination fees) can seem like a significant financial risk.

When considering the mobile landscape, it's important to pay attention to the phones and services that people are using.

So smartphones are interesting, but in general they get far more attention and weight in the mainstream media (especially the tech press) than they probably warrant. Less expensive, simpler phones make up the vast majority of the U.S. mobile market -- and lots of innovation is happening in the lower end of that market. This trend is likely to continue for some time.

So if you don't have, or don't want, a smartphone, don't worry. Depending on how you use your feature phone, you're not necessarily getting left behind. You're also part of the overwhelming majority -- and when it comes to mobile, numbers count.