Is the mobile app-pocalypse coming? 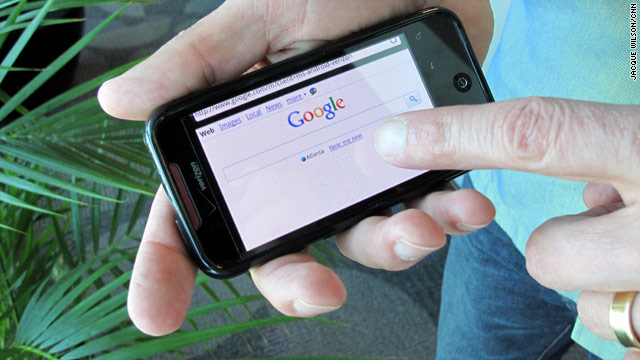 Before too long, your mobile web browser may surpass what apps can offer, thanks to HTML5.
STORY HIGHLIGHTS
RELATED TOPICS

(CNN) -- Right now, mobile apps are hot -- and for the next few years they're likely to remain a popular part of the mobile ecosystem.

But before too long, your mobile Web browser may surpass what apps can offer, thanks to HTML5 (the next evolution of the markup language that supports almost every website in existence).

A recent report from Borrell Associates, Preparing for the App-pocalypse, says, "The improved power and platform-spanning convenience of HTML5 may relegate apps to the fringes of the [mobile] space."

This echoes what other mobile experts and analysts have been saying. In July, Impact Mobile President Gary Schwartz told Mobile Marketer: "Apps are moving to the super app: the mobile browser. It happened on the desktop from widgets to browser. Now we are seeing this in an accelerated fashion with mobile thanks to HTML5."

In that same article, Valhalla Partners principal Saj Cherian observed: "[Mobile] apps have proliferated primarily to address the shortcomings of device processing power and network bandwidth. As faster smartphones gain mass adoption, 4G networks are stood up, and more processing is done in the cloud, we will go back to the Web."

However, this view is controversial -- especially where games (the most popular category of mobile apps) are concerned. David Clements, mobile developer for Dojo4, says, "A lot of mobile games rely heavily on 3-D graphics libraries which are only available in native apps. As such, mobile gaming will be a disruptive force against purely HTML5-based applications."

How will HTML5 change your mobile Web browsing experience? Mainly by improving the user interface and video quality.

The last major version of HTML (HTML4) was released in 1997, well before broadband internet access became common in the U.S., when most cell phones could do little more than voice calls and text messaging, and way back when there was very little video, gaming or interactive graphics available on the Web.

Since then, technologies such as Java, Flash, Silverlight and AIR have added crucial media integration to the web -- with the help of extra software (browser plug-ins or Web-integrated applications) that web users must download, install and keep updated.

In the past dozen years, plug-ins and Web application platforms that extend the capabilities of HTML have become almost effortless for people to use. (Who doesn't have a Flash player on their laptop these days?) But this convenience comes at a price: These add-ons consume substantial processing power. This places considerable demands on computers, mobile devices and game/media players.

That's probably a big reason why Apple's operating system for the iPhone and iPad does not directly support Flash (Although both Apple and Adobe have been making moves to bring Flash to iOS mobile devices.) It's also partly why the most advanced smartphones, with the fanciest media-related features, typically provide terrible battery life.

One reason mobile apps grew so popular is that, for now, they can provide a much richer and snappier user experience than can most mobile browsers (even fancy ones, like on the iPhone or high-end Android phones). But as HTML5-compatible mobile Web browsers become commonplace, the experience of the mobile Web will probably rival and perhaps surpass what standalone mobile apps can offer.

In the long run, it may be simpler for mobile users to rely on the Web browser for rich mobile media experiences.

"App churn" is the 800-pound gorilla lurking outside every app store. The truth is, most mobile apps end up like the forgotten playthings in "Toy Story": rarely used within few months of being downloaded. In June, Flurry Inc. reported that only 43 percent of iPhone apps are still in use 90 days after downloading.

Clearly, it's a tall order to expect typical mobile users to show much loyalty to more than a small handful of apps. But increasingly at least one of those must-use apps probably will be an HTML5-compatible mobile web browser. This means that the mobile web may be a more promising long-term strategy for anyone who wants to deliver mobile content, services, or experiences.

The Borrell Associates report does not claim that mobile apps will eventually disappear. Rather, they're likely to remain a strong part of the mobile ecosystem, says Borrell.

"Having reviewed all sides of this ongoing debate, we believe apps will remain a measurable part of mobile ad delivery during the next five years, at least. They remain convenient -- easier to use than even a bookmark. Above all else, apps are fun."

Borrell also predicts that the days of monolithic app stores are numbered. By 2015, "apps will have broken out from availability in a few 'stores,' and will be [available] all over the mobile Web."

Clements of Dojo4 notes: "I think the real unknown variable here is discoverability. The killer app on the iPhone is the App Store itself, along with Apple's micropayment system. When someone creates the equivalent for HTML5-based apps, then the game will change. In the end, mobile users don't care."