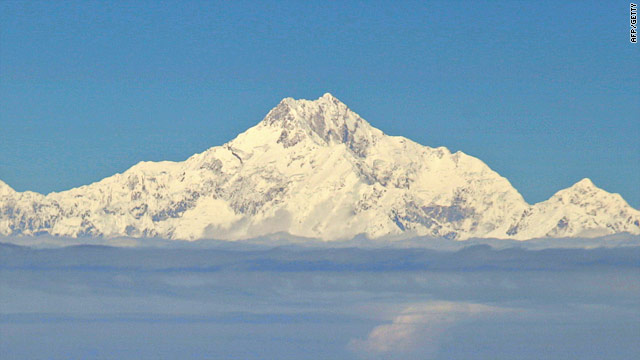 'I'm on the way down': Everest at 8,848 meters high now has a 3G network.
STORY HIGHLIGHTS
RELATED TOPICS

Katmandu, Nepal (CNN) -- The world's highest third generation (3G) mobile network services base station was set up at the bottom of Mount Everest on Thursday.

Ncell, a mobile phone and internet operator in Nepal, said it set up a 3G base at an altitude of 5,200 meters (17,000 feet) near the village of Gorakshep, according to Aigars Benders, the chief technical officer of Ncell.

A total of nine stations, with the lowest at 2,870 meters (9,400 feet) at Lukla where the airport in the Everest region is situated, came into operation on Thursday.

The service is mainly targeted at the approximately 30,000 tourists who come to trek in Nepal's Himalayan region every year.

A few hundred mountaineers attempt to climb Mount Everest, the world's highest mountain at 8,848 meters (29,028 feet) and it is estimated that the annual total number of mountaineers in the region number several hundred.

Although Ncell has not tested its 3G services from the top of Everest, Aigars said it is theoretically possible.

Up to 50 people can use the services at a time and if there is demand this capacity can be increased.

Four of the base stations are run by solar power with a back-up battery that can power the stations for up to three days.

Sweden-based Teliasonera, the fifth largest mobile company in Europe, has the controlling and operating stake in Ncell.

"Teliasonera also has the world's lowest 3G base station in the world," said Teliasonera's CEO Lars Nyberg. He said that the lowest one is at 1,400 meters (4,595 feet) below sea level in a mine in Europe.