Apple: No new apps in store during holidays 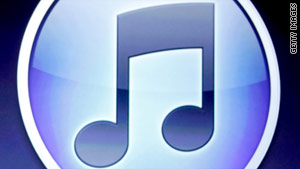 Apple is giving its iTunes app-testers time off during the holidays.
RELATED TOPICS

(CNN) -- If all you want for the holidays is a new app, you'll have to wait a few days.

Apple is closing down iTunes Connect, the approval system that welcomes new applications to its digital store, between December 23 and 28, according to a statement posted to an Apple developers page and seen by CNN.

Apps can still be purchased and downloaded during that time.

After opening their shiny new iPod Touches or iPads on Christmas, folks will just have to be content playing around with the 300,000 apps already available for the iPhone and the company's other gadgets.

One longtime app developer recalls when Apple similarly shut down service around the same time last year. The Apple statement explains that the closure is "for the holidays." Apple has a team of workers (yes, humans) who test apps for conflicts with policy before admitting them to the store.

Apple didn't immediately respond to a call for comment.

Google's Android Marketplace will continue to add new apps during the holidays because its system is automated.