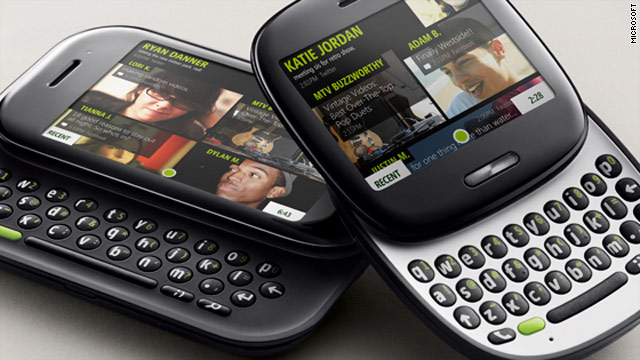 The Kin Two, left, has more memory and higher-resolution camera; Kin One is designed to be compact and convenient.
STORY HIGHLIGHTS
RELATED TOPICS

(CNN) -- Microsoft's new smartphone, the Kin, is shooting for a place in the hearts -- and pockets -- of a plugged-in "social generation," the company announced Monday.

From the ability to easily download photos from the Windows phone to a home screen that's constantly updated with feeds from services like Facebook and Twitter, Kin is clearly designed for young users for whom social networking is a way of life.

"Self-expression is super important to them," said Robert Bach, president of Microsoft's entertainment and devices division. "What they are, what they're doing, they want to share the journey every day. It's like constantly publishing a magazine about their life."

The Kin name, Bach said, is for a phone "that knits together a tight community of kindred spirits whose lives are shared and who broadcast all the time."

Two phones, the Kin One and Kin Two, will be available next month in Verizon stores. Verizon will be the exclusive wireless provider in the United States, and Vodafone will be the provider internationally.

No prices for the phones were announced at Microsoft's rollout event in Redmond, Washington, on Monday afternoon.

The Kin One is compact with a roughly square shape, designed to fit easily in a pocket. The Kin Two has a more traditional rectangular shape and is equipped with additional features, like more memory, a high-resolution camera and the ability to shoot high-definition video.

Both phones are designed by Sharp Corp. and come with both touchscreen capability and a slide-out keyboard.

The Kins will not run the Windows Phone 7 operating system rolled out by Microsoft in February. But they will share some features, including programs to integrate search engine Bing and music-and-video site Zune.

The phones, unlike Apple's iPhone, Android phones and others, will not run applications designed by outside developers.

In addition to regular social-network feeds, the Kin will allow users to select "best friends" and give higher priority to any posts by the people on that list.

Videos, photos, text messages and links to Web pages can be shared by clicking and dragging them to what Microsoft is calling "The Kin Spot."

Their photos, videos and social-network posts will be compiled into a digital timeline, letting the user scroll back and view their posts in chronological order.

And content created on the phone will be automatically saved and available, through cloud computing, an any Web browser -- making photos, videos and other content easier to save and share, according to Microsoft.

Setting the tone for a product geared toward teens and 20-somethings, Microsoft began its announcement with a video featuring a rock soundtrack, quick-cut editing and a litany of hip young subjects talking about their smartphone needs.