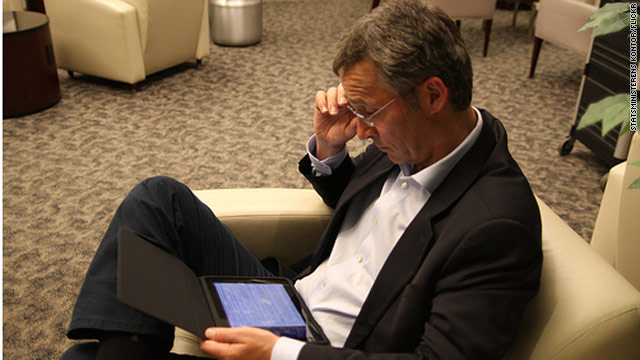 When Norway's prime minister found himself stuck in New York as a volcanic cloud grounded flights to Europe, he fired up his new Apple iPad and did the job remotely.

In what could be a first for the new gadget, Jens Stoltenberg told CNN he used the iPad to manage the situation at home as Norway closed its airspace under threat from the ash.

A photograph of Stoltenberg using the device was posted on the Internet by Norwegian officials under the title "The prime minister is working at the airport.

"There are good means of communication, I have close contacts with my office all the times, and there are a lot of activities in Norway where we try to reduce the consequences of the volcano in Norway," Stoltenberg told CNN.

"It's very normal for a PM to travel abroad so this is not different from the other travels, it's just lasts some days more than expected. We have the internet, the mobile phone.

"I also use an iPad, which is excellent."

Like many other travelers grounded by the volcanic ash cloud, Stoltenberg has sought alternative routes to reach home, catching a flight to Madrid, Spain before completing the journey overland.

"I am afraid we won't be back before Saturday because I think most of our travel is going to be by car because the most of the airports in the Northern part of Europe are now closed," he said.