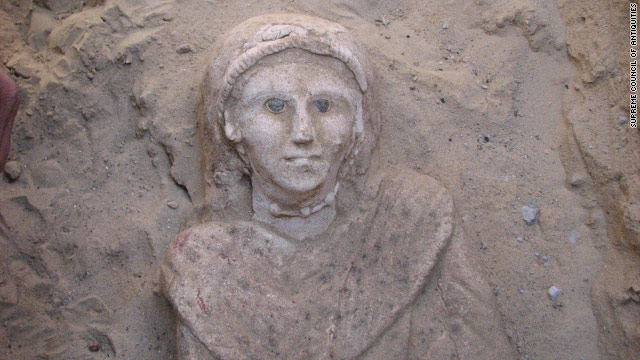 (CNN) -- A Roman-era mummy was recently unearthed in a Bahariya Oasis cemetery, about 190 miles southwest of Cairo.

The 3-foot-tall female mummy was discovered by Egyptian archaeologists. The figure was found covered with plaster decorated to resemble Roman dress and jewelry, said Egypt's Supreme Council of Antiquities in a press release Monday.

Director of Cairo and Giza Antiquities Mahmoud Affifi, the archaeologist who led the dig, said the tomb has a unique design with stairways and corridors, and could date to 300 B.C.

Bahariya Oasis is not new to archaeological investigations. In 1996, a team of Egyptian archaeologists found 17 tombs and 254 mummies at the site.

Efforts Tuesday by CNN to reach the archaeologists and Zahi Hawass, secretary general of the Supreme Council of Antiquities, were unsuccessful.