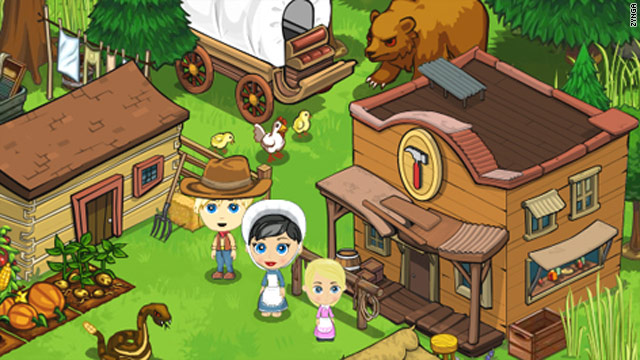 Facebook users who don't play FrontierVille or other games won't have to endure game-related posts in their feeds.
STORY HIGHLIGHTS
RELATED TOPICS

(Mashable.com) -- John wants to share some level seven Energizing Lotion in FarmVille! How many times have you seen a similar sentence in your Facebook News Feed and either wondered what it means, or (if you're familiar with Farmville and other popular Facebook games) removed the message in disgust?

Facebook is aware of the problem. While some users -- 200 million of them, revealed Facebook CEO Mark Zuckerberg at a Gaming Event in Palo Alto -- enjoy playing games on the service, others aren't interested.

According to Facebook, users either "love playing games or hate them," and the company so far didn't have "the right tools to enable developers to grow their games while at the same time providing a great user experience for non-gamers."

Thus, Facebook has devised a plan to make games less annoying to non-users, and more engaging to gamers at the same time. The first part is relatively easy: Facebook will simply be showing application stories only to users who are already engaging with the application, meaning that people who don't play Farmville won't have to endure Farmville-related posts in their feeds.

If Facebook decides you are interested in games, it will be displaying full game stories (instead of collapsed ones) in the News Feed, as well as adding prominent counts to those stories to highlight tasks that need to be completed within a game.

Bookmarks will get smarter -- apps will be automatically bookmarked and reordered based on actual usage. Finally, Facebook will start notifying users when their friends start playing a game (in addition to highlighting their activity within the game).

From the users' perspective, these are welcome changes, especially for non-gamers who won't be pestered by constant game-related notifications. From the game developers' end, it remains to be seen whether these improvements will alleviate the fact that gaming-related notifications will now be less aggressive than before.