Facebook founder to give $100 million to N.J. school district 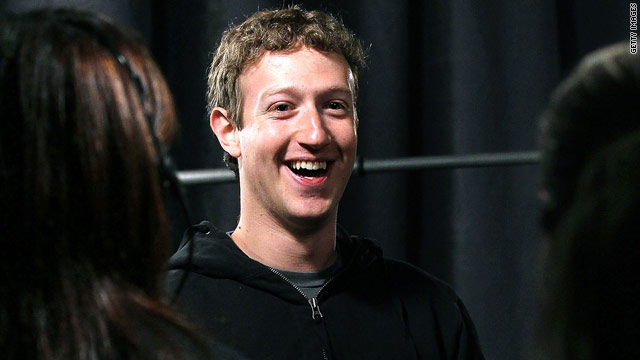 Facebook CEO Mark Zuckerberg's donation will help troubled Newark schools, which have been taken over by the state.
STORY HIGHLIGHTS
RELATED TOPICS

(CNN) -- One of America's richest and youngest is giving back.

The gift would be the largest known charitable donation by Zuckerberg, who Forbes magazine says is the 35th richest person in the United States with an estimated net worth of nearly $7 billion.

The news comes just over a week before "The Social Network," a brutal (and, admittedly, fictionalized) biopic chronicling the early days of Facebook, is set to be released. By all accounts, the film doesn't cast Zuckerberg in a positive light, leading some critics to accuse him of making the donation as an image-booster.

According to an official familiar with the agreement, Zuckerberg's donation will be the first installment from a foundation financed by Zuckerberg and focused on bettering education.

Zuckerberg is expected to officially announce the donation on "The Oprah Winfrey Show" on Friday, along with Newark Mayor Cory Booker and New Jersey Governor Chris Christie.

He grew up in Westchester County, New York, and founded Facebook in 2004, while studying computer science at Harvard University. He doesn't have any personal ties with Newark.

"The Social Network," based on the book "The Accidental Billionaires" by Ben Mezrich, depicts sex, drug use and other college shenanigans on the campus of Harvard, where a 19-year-old Zuckerberg and friends created Facebook as a way for students to keep in touch.

It also delves into claims that Zuckerberg stole the idea for Facebook from other students he was supposed to be working with to create a similar site.

Some in the tech community Thursday were saying that, regardless of the timing, Zuckerberg's gift could have far-reaching ramifications on charitable giving.

"Skeptics might question the timing of the move, but it would be foolish to underestimate the significance of the gesture -- not only in its direct impact on public schools, but in its lasting imprint upon the technology industry," wrote Pete Cashmore, CEO of social-media blog Mashable, in a column for CNN.

"Zuckerberg's donation should be praised, as it will likely provide inspiration to the growing ranks of newly minted technology founders."

And the gift didn't necessarily come from nowhere.

In 2008, as Facebook was still on the verge of becoming the revenue-generator it is today, Zuckerberg pondered charitable giving in an interview with technology blog and CNN partner CNET.

"I think at this point, because we're not incredibly profitable, we're not at that stage of the company," he said. "Hopefully we get there. That's not really something that we can do a lot of.

"But I'd like to think that just what the company is trying to do in general, just helping people communicate, is actually making the world better."

Zuckerberg isn't the first tech billionaire to give heavily to education.

The Bill and Melinda Gates Foundation, established by the Microsoft co-founder and his wife, has donated billions to education, health care and other causes. The foundation's nationwide education strategy involves making sure students who graduate from high school are ready for college and increasing college graduation rates among low-income students.

Control of Newark public schools has been in the hands of the state since 1995. Under an agreement between the mayor and governor, the state will maintain legal control over the district, but will authorize the mayor to develop a comprehensive education plan.

No details have been released at this time about how the money is to be distributed or used.