When it's more polite to unplug 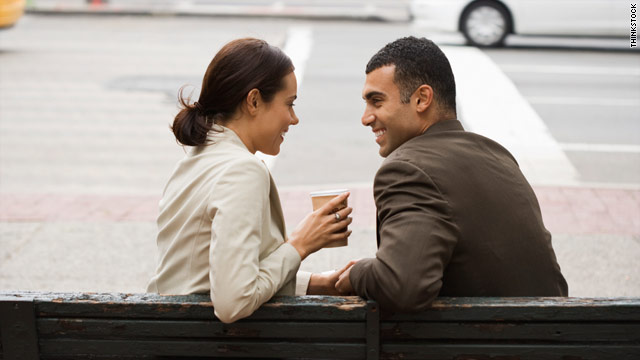 There's nothing more disheartening than receiving only a brief "happy b'day!" message on Facebook from a good friend
STORY HIGHLIGHTS
RELATED TOPICS

(CNN) -- Look, we know the day is approaching when we'll no longer need to go outside to foster relationships. The day when the cords of technology will replace the cords of birth.

The day when we will join our computers in sweet, sweet union, becoming unyielding cyborgs who, if we're lucky, will learn to be something more than a machine and will someday learn how to love (much like the chrome creatures in The Flaming Lips' "Yoshimi Battles the Pink Robots").

Well, until that day comes -- hey, it's on the horizon, there's already a dude out there with a webcam for an eye -- it seems as good a time as any to take stock of our internet-tinged interpersonal relations.

Read on for four instances when it would be far wiser to unplug than to power up.

While most residents of our 'hood look on marriage as a conspiracy perpetrated by the gravy boat industry as a last ditch effort to keep their anachronistic wares afloat, friends keep traveling to distant lands like Texas to attend weddings. So, we know that people are still getting married. Gravy boat recipients, this advice is for you.

After ripping the wrapping from your gifts, it is imperative to thank the folks who traveled all the way to your destination wedding in Poughkeepsie, New York, to sup on a feast of cardboard and mush ... I mean, chicken and sweet potato puree.

While it's tempting to send out a mass e-mail, subbing in names and gifts as one does on a form letter thanking a forlorn writer for submitting his poetry to a prestigious literary magazine that seems to only admire the work of plebes and hacks, to do so is both rude, and, well ... chilly.

We're not suggesting you spend your honeymoon decoupaging thank-you cards (unless you really hate your husband/wife ... or dig decoupaging), but picking up a pack of cards when you're done sunning in Barbados ain't that hard. Plus, it will save you from a lifetime of your friends and relations silently resenting you, which is the job of that person next to you on the sand, griping about how he gets indigestion when it's hot out and he's had too much rum.

There's nothing more disheartening than receiving a brief, "happy b'day!" Facebook message from a good friend, sandwiched on your wall between identical greetings from co-workers, high school pals and that-dude-I-thought-I-might-know-but-don't who keeps writing creepy sexual comments on all your pictures.

A friend's birthday comes but once a year (unless they're one of those tools who celebrates half-birthdays), so the least you can do is pick up the phone.

For those of you on the receiving end of the call, don't pick up. Let your friend leave you a nice, off-key chorus of "Happy Birthday" that you can later listen to while ruing the fact that you wasted your youth.

Because, let's face it, this is neither the time nor place for a proper catch-up chat, and there are only three ways said phone call could progress: 1). With an awkward silence immediately following "and you smell like one, too," 2). With you lamenting the fact that you're 30 and alone and -- to add insult to injury -- that a very prestigious poetry magazine just rejected your epic sonnet about Benjamin Franklin yet again, 3). With you jabbering down the line, "Hello? What day is it? My mouth tastes like whiskey and corn syrup! Who am I? Can you come get me?"

There's been a tragedy

So Aunt Flora is no-more-a, and Flora Jr. is more torn up than you've ever seen her (this is worse than the time they decaffeinated Sparks, folks). While it may be your first instinct to send her the digital equivalent of a "there-there" pat on the back (e.g., a Facebook wall posting or something of the like), fight the urge.

Not only is it weird and morbid to have one's Facebook profile garlanded with "deepest sympathies," such an action indicates that you're lazy -- especially when your Newsfeed shows that you uploaded some snaps from that rooftop party, "liked" a video of a child dancing a rumba on Buzzfeed and agreed to attend a "Zombies and Hos Hoedown" immediately after expressing your condolences.

We suggest logging out and sending Flo an e-mail to let her know you care, and then following up with a card. Thus you'll avoid being haunted by ghosts of insensibilities past. (Aunt Flo, on the other hand... well, that's between you and limbo.)

Judging by the fact that 21 percent of people think it's OK to break up by changing their Facebook relationship status, we would say that civilization as we know it is doomed. Someone better call Yoshimi before the robots rise up and eat us all.