Survey: 71 percent of tweets are ignored 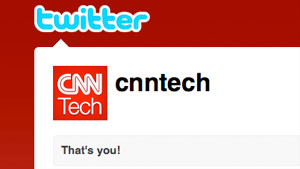 On Twitter, 96.9 percent of @replies are posted within an hour of the original tweet.
STORY HIGHLIGHTS
RELATED TOPICS

(WIRED) -- Ever feel like you're talking to a brick wall on Twitter? That might be because 71 percent of tweets get absolutely no response from the world.

Toronto-based social media analytics company Sysomos scanned 1.2 billion messages that were sent in August and September 2009 to try and get some idea of the kind of conversations that are going on.

They discovered that more than seven in every 10 tweets sink without any kind of reaction from the world.

Of the remainder, just 6 percent get retweeted, and 92 percent of those retweets occur within the first hour. Multiplying those probabilities together means that fewer than one in 200 messages get retweeted after an hour's gone by. Essentially, once that hour's up, your message is ancient history.

That leaves 23 percent of messages that get an @reply. Drilling down, Sysomos found that 85 percent of replied-to messages get just one reply, 10.7 percent get two, and just 1.53 percent get three replies. Similarly to retweets, 96.9 percent of @replies are posted within an hour of the original tweet.

It's not clear how the company treated messages that were both replied-to and retweeted.

The company also commissioned an animated visualization of the data. In this video, the spiral represents time, with the size of the blue dot representing the number of retweets and replies to that tweet. Following one dot over time, you should see it slowly grow as it gets replied-to and retweeted.