At Facebook, customer help from a real person can be hard to find 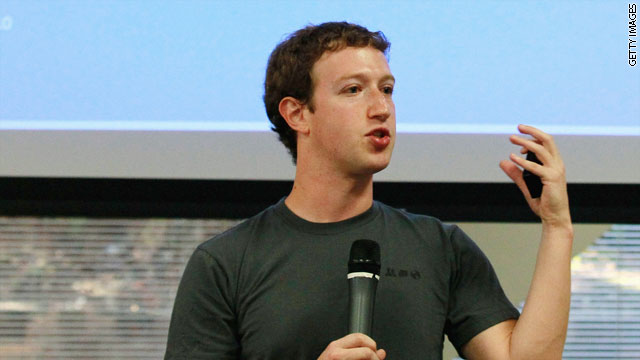 Having a problem logging into Facebook or harvesting apples in FarmVille? Tracking down a live person to help with those issues can be tougher than conserving tractor fuel for a virtual harvest.

Facebook's customer support mechanism consists of databases answering common questions, along with a crowd-source help system that lets users chime in with answers to one another's problems. It's a logical option for a community-driven website.

But one topic on Facebook's discussion help board drew more than a hundred people debating whether it's possible to speak to a human at Facebook, whether through e-mail or by phone. Some found a contact form but received no response. One person sent a message to Facebook chief Mark Zuckerberg's profile and, not surprisingly, didn't get a response.

Facebook also maintains a section on Get Satisfaction, a crowd-source help forum similar to Facebook's own. A banner at the top of the page notes: "Facebook monitors but is not active in this community."

The most frequently asked question there reads: "Where do I directly contact Facebook support persons?" That page has more than 200 responses, mostly gripes, none of which contains a reliable way to contact the company.

Even the reviews of Facebook's offices on Google Maps include complaints about the company, with one person calling it the "worst customer service ever."

In a study released this summer, Facebook ranked lower than both the airline and cable television industries in customer satisfaction, according to the American Customer Satisfaction Index. (Facebook, unlike the other two, is a free service, supported by revenue from advertising.)

But Zuckerberg said his employees do respond to support requests. Facebook also maintains a team of more than 100 in offices around the world who monitor offensive content posted on the site, said Barry Schnitt, director of policy communications for the company.

"A lot of what we do is just help people out with their accounts," Zuckerberg said during a panel at his company's headquarters. "They get locked out of their accounts for whatever reason; they lose their password. We help them recover that."

Mark Pincus, the chief executive of FarmVille maker Zynga Game Network, was also on the panel during a Silicon Valley announcement last week about investing in new social media companies. Pincus brought up the topic of customer service and said he hopes to fund a startup that builds an infrastructure for dealing with support requests.

"We hope that someone will reinvent customer support for all of us," Pincus said. "We're entering this new world where we're offering a free service, but the consumer expectation about the support around that service has been built by Amazon, where they're a paying customer."

"People want to help each other out," Zingale said.

Amazon.com chief Jeff Bezos, another panelist at the event, runs an online retailer renowned for its customer support.

"It's probably going to be different for every business," Bezos said. "But when you start charging people for things, they have an expectation that they should get excellent customer service."

"Whether the service is paid or not, it's in our interests to make sure that we give everyone a great experience and make it so that they can use the site," Zuckerberg said. "So if they're having a hard time doing something, we want to enable them to do that. We want to do it with quick turnaround."

But Pincus reiterated that consumers' expectation may not be different for companies that provide free services.

"Despite spending millions, it's been so hard to satisfy our customers. We finally brought some of [our outsource support team] in-house just to see how good we could get, and we brought our customer satisfaction into the mid-80s percentile," he said. "We don't want to be in that business and have thousands of customer support agents.

"A lot of people write in, but I don't view that as customer support," he said. "I view that as the job of the whole company to listen to feedback and incorporate it into our products."

Twitter, a competing social networking site with less than a quarter of Facebook's total number of users, has 20 agents and 12 software engineers building support tools, spokeswoman Jodi Olson wrote in an e-mail. They maintain a support site and field help requests via e-mail.

"We measure our success in terms of response time and user happiness," Olson wrote. "We also constantly monitor mentions to @support and @twitter to make sure we're meeting the needs of our community."

Digg, a smaller social network, gets between 3,000 and 4,000 e-mails per week. Its support team is generally quick at responding to e-mails. Neither Twitter nor Digg takes phone calls from customers.

Digg's support team consisted of five people as of last week, but it's unclear whether Monday's sizable layoffs affected that group. In addition to e-mail, they also monitor messages on Twitter and on Digg itself.

Tech companies would do well to consider adding more live people to their customer-service operations, some experts say.

"Sites and services benefit a great deal from having actual support beyond FAQs & auto-responses," Jen Burton, Digg's senior community manager, wrote in an e-mail. "Users appreciate knowing there are actual human beings who are there to take the time to answer questions, offer site support and, in general, humanize the experience of interacting with a website."