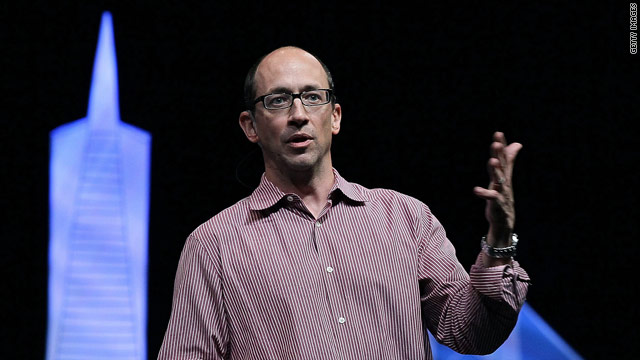 "Year-long detentions for sending a sarcastic tweet are neither the way forward nor the future of your great people," he wrote on his Twitter profile.

Costolo's edict is no doubt a response to the Chinese woman who had been sentenced to a year in a labor camp for retweeting a message that officials in China disapproved of. The tweet mocked Chinese people who were aligning with the Chinese government by protesting Japanese products.

In an hour, Costolo's message had well surpassed a hundred retweets -- an act similar to forwarding an e-mail, denoting interest in the content. It quickly climbed to the top spot on the list of trending tweets, an automated system that surfaces popular messages on the service.

The arrested woman, Cheng Jianping, on October 17 retweeted a message from her fiance, which read, "Anti-Japanese demonstration, smashing Japanese products, this kind of stuff has been done by some people like Guo Quan many years ago. That's nothing new. Actually the most efficient way should be flying to Shanghai right away and smashing Japanese Pavilion at Expo."

She added "Go! Angry young people!" to her retweet, according to a translation by CNN.

Chinese leaders have not been keen on information-sharing services like Twitter in the past. China has censored or blocked access to the website during major events, along with other blogs and social networks. Last year it put a wall in front of the site for Chinese Web surfers during the anniversary of the Tiananmen Square protest.

Google has had a back-and-forth business relationship with China. It initially agreed to censor search results in that country but later backtracked.

Facebook CEO Mark Zuckerberg used his own website as a platform for talking about China recently, though his message was decidedly less controversial.

"What are the best Mandarin-speaking cities to visit in China?" Zuckerberg posed to users of a beta feature called Questions.

Zuckerberg is believed to be planning a trip to China, Forbes reports. The Asian country will be important to Facebook's business, he said at an event last month.