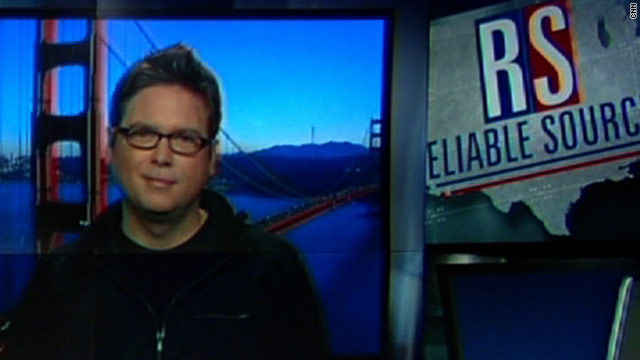 Washington (CNN) -- He has approximately 1.6 million Twitter followers, but does that make Twitter co-founder Biz Stone a recognizable celebrity wherever he goes? Stone laughed when answering that question during an interview Sunday on CNN's "Reliable Sources" with Howard Kurtz.

"No, no, I don't think internet dorks are necessarily the kind of people that get stopped in restaurants," he said. "They get me in little 140-character bursts of information."

"It doesn't feel like that for us, at least internally," said Stone. "I feel like we're adding to, you know, this sort of brave new world of information where we get what we need when we need it."

Earlier this year, Stone made a trip to Capitol Hill, meeting with both Democratic and Republican members of Congress, as well as staffers, to talk about Twitter.

Most recently the company hired a "manager of government and political partnerships." But Stone explained that in his view, Twitter was not getting into the Washington lobbying game.

"We're just kind of saying, 'We're here to answer your questions and we're not ignoring you,'" he said.

Last week, Twitter made news by deleting an account, "Operation Payback," which was supportive of WikiLeaks, the group responsible for leaking secret international cables.

Stone defended the move by saying that while Twitter was on the side of freedom of speech, Operation Payback had violated Twitter's terms of service. Stone didn't elaborate on which terms of service were violated.