Was 'Inception' inspired by Donald Duck? 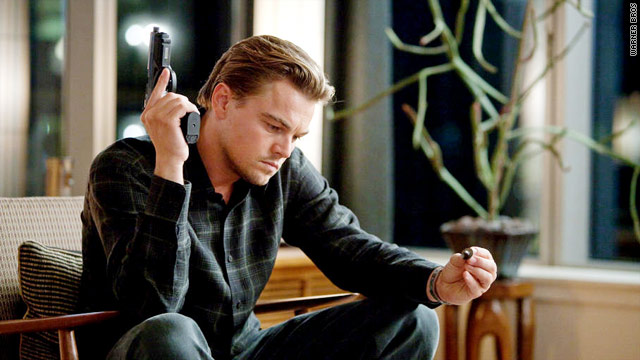 The plot of "Inception," starring Leonardo DiCaprio, has been compared to a 2004 Donald Duck comic book.
STORY HIGHLIGHTS
RELATED TOPICS

(CNN) -- There's some quacking on the web that film auteur Christopher Nolan's current blockbuster, "Inception," was inspired by, of all things, a 2004 Donald Duck comic book.

Think about it for a second. That's like saying Martin Scorsese's "Taxi Driver" was inspired by Beetle Bailey.

We can blame the discussion board Reddit, the always-smart I Watch Stuff and other blogs for spreading the notion last week.

In "Uncle Scrooge: The Dream of a Lifetime," the thieving Beagle Boys gang use a special machine to enter Scrooge McDuck's dreams and steal the combination to his safe. Donald Duck and his nephews find Scrooge and the thieves sleeping, and Donald must enter the dream to foil the plot. When someone falls in the dream, they immediately wake up. And if Scrooge is awakened before the Beagle Boys, both parties will be "doomed."

In "Inception," Leonardo DiCaprio is the leader of a team that enters other people's dreams to steal information. The dream thieves can only be snapped awake by a dramatic fall, called a "kick," to their body. On its most dangerous assignment, the team has to penetrate deeper into the dream world -- and risks being trapped in it.

There are a ton of dream-hopping films, such as the long-running "A Nightmare on Elm Street" series and (a personal favorite) the underrated 1984 cult classic "Dreamscape."

What makes "Inception" unique is that its twisty visuals make it more like a mental M.C. Escher drawing than a straight horror or action flick. The story is resonating with audiences: In three weeks, "Inception" has raked in nearly $500 million worldwide.

Nolan has been mum about his "Inception" influences, though he acknowledges his film has been compared to the dreamy 1961 mind-bender "Last Year at Marienbad" -- a movie he says he's never seen. Nolan also has said he worked on the "Inception" script for more than a decade -- which would be well before Scrooge's dream adventure was even published.