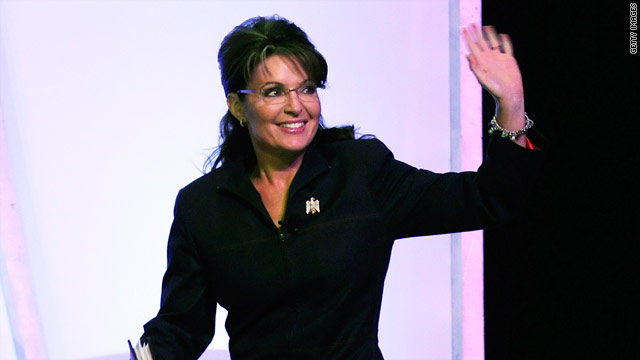 Editor's note: Gregory Ferenstein is an author and educator who writes about the intersections of technology, business and politics. He is a fellow at the University of California Center for the Study of Democracy.

(CNN) -- There is very little evidence, if any, that Sarah Palin hates teachers, or that Andrew Breitbart is a racist. Yet a recent flood of viral stories propagated by internet journalists allegedly catch prominent conservatives red-handed in acts of hate.

A week ago, grainy footage of Palin rolling her eyes at a teacher who held up a protest sign during a campaign event sparked silly yet widespread speculation that the former Alaska governor secretly harbors disdain for the entire teaching profession.

That episode followed headlines over Breitbart's manipulation of a video that appeared to show U.S. Agriculture Department employee Shirley Sherrod, who is black, making racist remarks at an NAACP gathering.

The flurry of finger-pointing, both of prejudice against Palin and Breitbart, and the counterclaims of conspiracy against the "liberal media," misses the hidden puppet master causing the scandals: a powerful psychological tendency for ideologues unwittingly to distort facts to fit their preconceived biases.

These tendencies have been exaggerated by the internet, whose polarizing sites -- the Drudge Report and The Huffington Post, just to name a few -- give citizens the option of sealing themselves inside an echo chamber of their own beliefs.

On the web, ideologues are both journalist and pundit. Indeed, with the rise of investigative blogging, we should expect a long future of biased, inflammatory "evidence" -- on both sides of the political spectrum.

The official psychological term for this behavior is "motivated cognition" -- a tendency to bias our interpretation of facts to fit a version of the world we wish to believe is true. For instance, one study found that college basketball fans, viewing the same video of a game, were likely to believe the rival team committed at least twice as many fouls as their own.

Political beliefs are even more susceptible. Research has found that when psychologists confront political partisans with facts contradictory to their opinions, they become even more convinced of their existing beliefs.

Motivated cognition seems as likely an explanation of Breitbart's poor video editing as do allegations that he is a racist. However, to appreciate fully the conditions that created Breitbart's skewed viewpoint, it helps to understand his role in the political world.

The Breitbart-Sherrod episode last month is perhaps the most blatant example of motivated cognition. A right-wing commentator who often defends conservatives in squabbles with Democrats, Breitbart received a video of Sherrod's speech after the NAACP made allegations of racism against the Tea Party movement. The edited video appears to show the audience laughing knowingly as Sherrod describes her initial hesitancy to help a white farmer.

That gave Breitbart all the evidence he needed to cry hypocrisy. He gloated, "Sherrod's racist tale is received by the NAACP audience with nodding approval and murmurs of recognition and agreement. Hardly the behavior of the group now holding itself up as the supreme judge of another groups' racial tolerance."

Later in the video, Sherrod explains that she overcame her prejudices. (And the farmer, Roger Spooner, has since publicly defended Sherrod.) But by that time, Breitbart had already selected certain facts to fit his argument that the NAACP and Sherrod are racially biased. Indeed, he used Sherrod's description of the white lawyer as one of the farmer's "own kind" to dismiss her helpful behavior, and cited the crowd's laughter as evidence of bigotry by the NAACP.

Now, under traditional journalistic neutrality, an editor would have pressed Breitbart for a balanced interpretation of the video -- or, at least paired it with an explanation from Sherrod, who would have immediately explained that she was being quoted out of context.

But many bloggers are unencumbered by the integrity of balance, and the result was a viral video that led to an innocent women's firing.

Returning to the Palin episode, the path from half-baked accusation to news story seems pretty well paved. Palin makes an ambiguous eye roll after a critic mentions that she's a teacher. Almost immediately, Internet headlines read, "Did Palin role her eyes at teaching?" and blogger attention shoots the video to viral superstardom.

True, eye rolling is a marker for aggression, but body language expert Paul Ekman always cautions amateur face-readers when interpreting the cause of an emotion. For instance, it is equally likely that Palin, who comes from a family of teachers, was frustrated to meet a woman in a profession she thinks should make someone more open to civil dialogue.

Indeed, it's almost ludicrous to suggest that Palin, or any political figure, holds disdain for teachers. Disdain for teacher unions, maybe. Ivory tower professors, quite possibly. But, all teachers?

Unfortunately, the pattern of gross misinterpretation of viral footage has a long, intimate relationship with the internet. Before Sherrod and Palin, Fox News commentator Bill O'Reilly was criticized for out-of-context remarks he made on his show in 2007 about the civility of a mostly black restaurant in Harlem.

Like the Sherrod video, the crux of O'Reilly's comments came at the end of the exchange when he stated his belief that the restaurant is an important counter-example to rap-music imagery that he believes is causing whites to stereotype blacks.

Mediamatters.org, the nonprofit media watchdog group, ignored O'Reilly's full commentary in its analysis, fueling a viral story on the backs of an audience that probably did not take the time to listen to the entire five-minute clip. Sparked by motivated reasoning, the ensuing blame game proceeded in predictable, cookie-cutter form: O'Reilly accused Media Matters of a "hatchet job," and Media Matters labeled O'Reilly a racist.

Willingness to air all sides of the debate might have saved the public from yet another politically polarizing story.

I wish I could say the new generation of "digital natives" is more savvy to the transparent slant of commentary on the web. Unfortunately, of the roughly 200 student essays I read every quarter at the University of California, few show the ability to think critically about internet research.

Unless critical thinking, the psychology of misinterpretation and proper research skills are given priority in education, our children can look forward to years of finger-pointing online "news."

The opinions expressed in this commentary are solely those of Gregory Ferenstein.