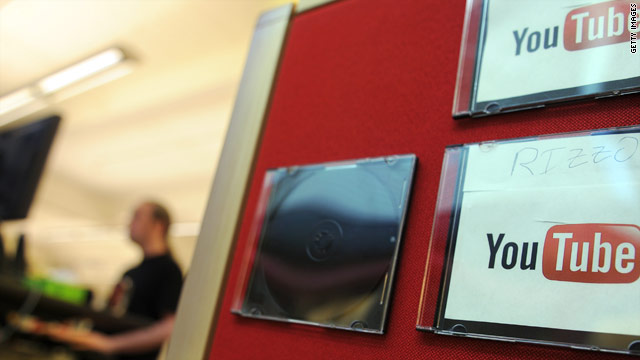 (CNN) -- Live-streaming video on YouTube, until now a rare novelty, may be getting a lot more common.

The video sharing site on Monday began working with a handful of partners to test a new platform that will let users post live chats and other events on their YouTube channels.

The limited-time trial will run two days and will only feature live video from four partners.

"Based on the results of this initial test, we'll evaluate rolling out the platform more broadly to our partners worldwide," YouTube said in a blog post.

If successful, the new platform would let YouTube -- already the hands-down leader in video sharing -- move in on live-streaming sites like UStream and Livestream. Until now, YouTube has relied on third-party platforms to stream occasional live events.

Howcast, one of the four partners that will be posting live content over the next two days, plans a live tutorial on filmmaking, a magician teaching magic tricks and a cooking session with a New York chef.

The setup will allow viewers to post comments and questions as the presentation is happening.

"Any time you can create a sense of urgency for people to come and consume your content, it's a good thing," said Jason Liebman, co-founder and CEO of Howcast, which has been using YouTube to post how-to videos.

"There's no question that more live video is being consumed on the web. We just want to be out there and get a better understanding of how to use live video to improve our business."

YouTube has experimented with a handful of live-streaming events in the past.

Last October, U2 used the site to broadcast a concert from the Rose Bowl in Los Angeles, California, live in 16 countries.

The E3 video game expo was broadcast live in June, and President Obama held a live question-and-answer session on YouTube in February.

The other partners for the live-streaming test Monday and Tuesday are Next New Networks, Rocketboom and Young Hollywood.

Founder and CEO R.J. Williams said staffers would be monitoring viewer comments and questions during the show and relaying them to the interviewer and guests.

"Now, it becomes really a two-way conversation," he said while preparing for Monday's show. "The audience can chime in and ask questions and give feedback. That makes the interviews that much more compelling."