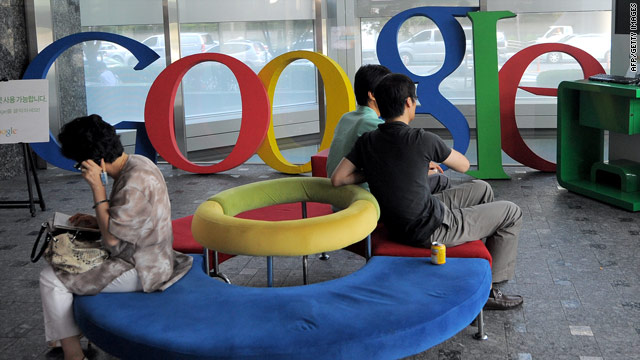 (Wired) -- The details of Google's long-rumored music service are starting to leak out, setting the scene for the launch of a cloud-based storage locker that users could keep their music in and stream it from anywhere.

Billboard quotes "industry sources" who suggest that the first step would be a download store, which Google would operate in much the same way that iTunes and Amazon MP3 work. Alongside would sit an online locker that songs and albums could be stored in, and then streamed or downloaded to any internet-connected device, likely including Android phones and the forthcoming Google TV.

When users buy tracks in the download store, they're given the option to copy their purchase over to the storage locker automatically, meaning no download-then-upload hassles. Meanwhile, a desktop app would scan the user's hard drive, quietly uploading any tracks recognized as music in the background, whatever their source.

However, the search giant could run into trouble when it comes to deals with the record labels. The same industry sources claim that the subscription fee for such a service would be about $25 per year, and that revenues would be split 50-50 with the rights holders. Music publishers will also take a 10.5 percent share, but it's not clear whose chunk that'll be taken from.

That's a large percentage for Google, and I'll be surprised if the labels let the company get anywhere near that figure, especially as tracks sourced from file-sharing sites would be streamable in the same way as legitimate ones. If they do acquiesce, it'll no doubt be in exchange for concessions from Google, like removing sites associated with piracy from search results. That's something that Google is unlikely to look favorably on.

One industry insider that Wired.co.uk spoke to, who didn't want to be named, confirmed this, telling us: "I don't see this ever working with the U.S. labels, especially not with a 50-50 split. Google has seriously overestimated their generosity."

So in short, it seems like there's still a very long way to go before agreements can be signed. Especially as Google will undoubtedly want to start in the United States, where the major labels are at their most fuddy-duddy. A similar streaming service proposed by Spotify hasn't managed to get off the ground there, despite gathering nearly 10 million users in Europe, supposedly due to objections from the labels.