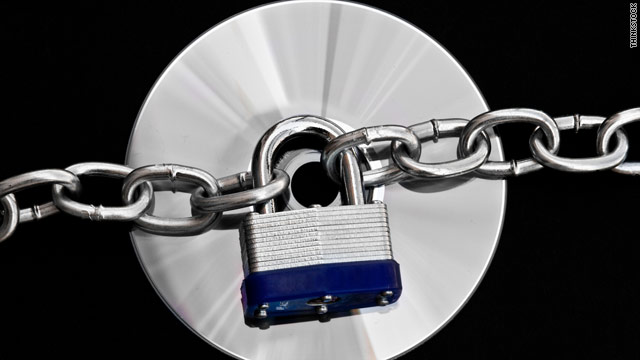 (CNET) -- Killing legislation that would enable the government to shut down websites accused of piracy was a top priority for many technology trade groups Wednesday.

Last week, a Senate committee stunned the tech sector by announcing it would try to fast-track a bill designed to grant the U.S. Department of Justice wide authority to combat illegal file sharing and counterfeiting.

The bill, which was introduced in the Senate Judiciary Committee and backed by the committee's chairman, Sen. Patrick Leahy (D-Vt.), could go to a vote in the Senate as early as tomorrow.

Critics say the proposed legislation, known as the Combating Online Infringement and Counterfeits Act, is nothing more than censorship and would heap the copyright-protection problems on companies that shouldn't bear the burden.

"Legislation like this goes through, we start to break the Internet," said Ed Black, CEO of the Computer and Communications Industry Association (CCIA). "Nobody is arguing that copyright infringement doesn't exist. But Lady Gaga isn't going to go broke tomorrow. We should be trying to solve the copyright issue in as an unobtrusive and thoughtful way as possible and not creating anti-First Amendment laws."

Supporters of the bill, including members of both major political parties, the U.S. Chamber of Commerce, AFL-CIO, and most of the major entertainment industry trade groups, say online piracy is helping to shrink the U.S. economy.

CNET: 'Hurt Locker' lawyer on why illegal sharing must end

Some U.S. intellectual property is now a commodity because pirates all over the world make it available for free, say many copyright owners. Backers of the legislation say that the government needs better tools to combat such sites, especially abroad.

Under the proposed legislation, the Justice Department would file a civil action against accused pirate domain names. If the domain name resides in the U.S., the attorney general could then request a court to find that the domain name in question is dedicated to infringing activities.

The DOJ would have the authority to serve the accused site's U.S.-based registrar with an order to shut down the site.

Perhaps most important to copyright owners, the DOJ would also have the power to prevent U.S. citizens from accessing accused sites based overseas by ordering Internet service providers to black out those sites. The government could order Google or Visa to cease doing business with the alleged pirate sites.

The tech sector is fighting a pitched PR battle. Yesterday, 89 engineers who played a large role in the development of the Internet wrote a letter to the Senate Judiciary Committee and said Leahy's bill threatens the Web, innovation, and the domain-name structure itself.

"This bill isn't ready for prime time and most certainly not ready for passage," Black said. "It hasn't had any hearings and very limited testimony, which raises the question about why are we trying to ram this thing through on the last day of this session? What is it about this law that can't stand the light of day?"

Content owners seethe whenever they hear someone tell them they are being too hasty. They say that since Napster made it hip to share pirated film and music files online, their industries have seen revenues plummet.

"No one has been harder hit by rogue foreign Web sites that unabashedly steal our content and give it away for free than the music community," said Jonathan Lamy, spokesman for the Recording Industry Association of America.

"These illegal enterprises undermine our economy and contribute to thousands of hard-working Americans losing their jobs. The answer from these self-styled public interest groups can't always be 'no.' Congressional and administration leaders have made it clear that doing nothing is no longer an option."

That bill's chances of passing before lawmakers depart Capitol Hill to campaign for the November elections appears doubtful. A version of the bill hasn't yet been introduced in the House of Representatives. Regardless, the bill will almost certainly be taken up again once Congress returns following the elections.