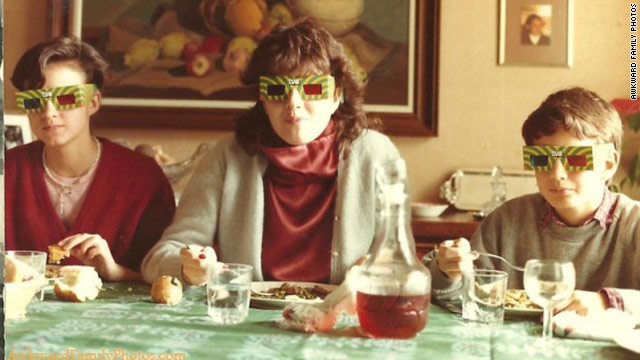 ABC is turning the popular blog Awkward Family Photos into a TV show, according to The Hollywood Reporter.
STORY HIGHLIGHTS
RELATED TOPICS

(CNN) -- If you've ever dreamed of creating your own TV show, forget moving to Los Angeles, finding an agent and waitressing until your big break.

Just blog about your angry dad, idiotic roommate or collection of embarrassing photos.

Web ventures are increasingly hot properties for being adapted into TV series. According to The Hollywood Reporter, ABC is turning the popular blog Awkward Family Photos into a show.

The humor site is known for its hilarious snapshots of families sporting matching mullets, garish couture and uncomfortable poses. How ABC (which hasn't commented on the announcement) will turn that concept into a successful program remains to be seen. After all, the site is just a bunch of embarrassing pictures.

Networks seem to be ready to snap up more Web 2.0 "ideas" after the unexpected success of CBS' "$#*! My Dad Says," based on the Twitter diary of a man documenting his father's cantankerous words of wisdom. The sitcom, starring William Shatner as the grumpy dad, is so far dominating its time slot.

Two weeks after premiering the show, CBS bought the rights to Shh... Don't Tell Steve, another Twitter account in which a guy secretly documents his roommate's strange, booze-addled behavior.

No word yet on who will play Steve. Too bad Shatner's busy.