Keep your tech-gift promises this holiday 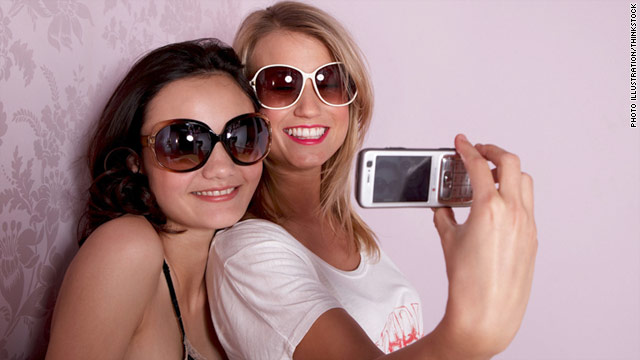 Did you promise to share the photos from that party? Use Picasa to upload them to a web album.
STORY HIGHLIGHTS
RELATED TOPICS

Editor's note: Brenna Ehrlich and Andrea Bartz are the sarcastic brains behind humor blog and book Stuff Hipsters Hate. When they're not trolling Brooklyn for new material, Ehrlich works as a news editor at Mashable.com and Bartz holds the same position at Psychology Today.

(CNN) -- As Santa busily sorts the naughty from the nice in a kind of seasonal secular judgment day, it's time to think back on all the promises you broke this year.

Now, as this montage of moments flits through your head, let's home in on all those times you've sworn you'll totally give your buddy some good new tunes or your photos of an event. Yeah ... fail.

As the internet has made sharing files and information a snap, we've all gotten into the habit of breezily vowing to share our digital goods.

But you could also argue that the Web has contributed to our epidemic laziness. (Case in point: Taking the "outsource my life" stunt to a higher, more penny-pinching level, Fiverr lets you hire strangers to take care of all sorts of odd jobs for you for a mere $5.)

And that laziness, exacerbated by selfishness and an inability to keep a thought in your head for more than three -- hey, is that a fruitcake?! -- means your intended recipients know your promises to follow up are as hollow as your average hipster's soul.

Still, if the Christmas movies have taught us anything, it's that eleventh-hour redemption is totally possible. Here are a few quick tips for morphing from Scrooge's Doppelganger (pre-hauntings, of course) into Santa himself.

The empty promise: "Yeah, I have epic taste in music. I'll make you a mix of some stuff you should listen to."

Ah, the mix tape. Once a symbol of love and devotion (after all, you had to sync up the cassette and physically hit the red button for each new track), now a quaint relic of the past.

First off, whipping out the blank CD or the jump drive is technically illegal (you're actually not even supposed to back up legally purchased materials for yourself, according to copyright.gov).

An audio CD is fine if your bud is just going to whirl it around in his CD player (yes, because we all have Discmans these days. Cough.) But here are a couple of options that don't require you to burn anything onto a disc -- or even physically see said friend again in person:

One, make a Songza playlist and populate it with good songs. Songza is like a big free jukebox that streams tunes you handpick -- no downloading involved.

Two, pull the right songs into an iTunes playlist and click Store-->Create an iMix, which puts your Various Artists masterpiece onto the iTunes store for others to hear in 30-second snippets and download en masse or song by song. iTune's new music social network service, Ping, just added the ability to share playlists with Ping friends as well. Which would be cool, if anyone actually used Ping.

The empty promise: "You look so gorgeous. I took a ton of great photos tonight -- I'll send them to you!"

Wow, wasn't that kind of you to traipse around Cindy's long-awaited dinner party, snapping photos at every turn!

Yeah, it doesn't do anyone a lick of good if those photos now sit on the memory card or on your computer's hard drive for months on end. And lowish-res Facebook pictures don't solve the problem: Your hostess with the most-est obviously wants high-res images she can print, frame and display at will.

In our completely anecdotal experience, those in the 40-plus crowd are most conscientious about quickly sending promised snaps.

The problem is that they almost always do it via ginormous e-mail attachments, straining your server, weighing down your inbox and sometimes making said pictures difficult to glance at quickly.

(Don't you hate when the photo shows up in the body of the e-mail and, due to the fact that it's about the size of a 17th century wall-hanging tapestry, you can only view a gray area of one corner?)

Google's photo-sharing service, Picasa, solves the problem readily. Upload some photos to a web album (you'll need a Google ID, but you aren't required to use Gmail, luddite), mark it as private if you don't want the whole WWW seeing it, and then share the album with "Friends," "Family" and/or "Coworkers" -- groups you piece together from your Google contact list.

Your chosen ones can then download full size individual photos at their leisure. They can even add their own photos to the album -- a boon if, say, the mama-to-be wants to scoop up various attendees' images of her baby shower.

Because apparently, you can never have enough shots of the quietly horrified crowd inspecting diapers smeared with mashed-up candy bars. Fun!