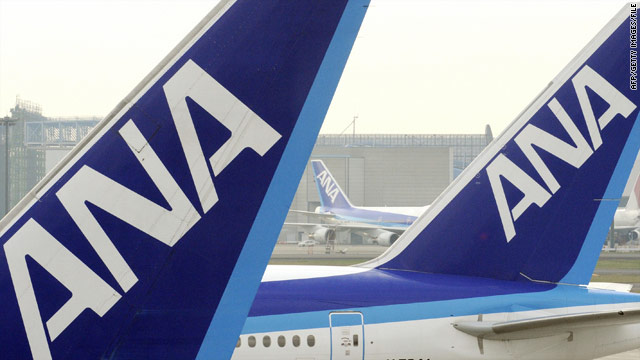 (CNN) -- Airplane lavatories are among the few unisex bathrooms most people encounter, but that's about to change for some air travelers.

The Japanese airline All Nippon Airways will introduce women-only lavatories on its international routes starting Monday.

The move comes in response to "numerous requests from passengers for this service," the company said in a statement.

Many women called for the airline to give them their own lavatories in a 2007 survey of customers, said ANA spokesman Justin C. Massey.

"They didn't list any specific complaints. ... It was just more a matter of general preference," Massey added.

One women-only lavatory will be designated in the rear section of the passenger cabin and will display a pink version of the universal sign for a ladies' room as a way to let male travelers know to look for another option. Women can still use any other lavatory.

While restricting men from using the women-only bathroom, the airline has spelled out exceptions to the rule, such when required for safety reasons or when a passenger is not feeling well or "when there are very few female passengers and the women-only designation has been lifted for the flight."

There are no plans to designate men-only lavatories, Massey said.

There was mixed reaction to the announcement on FlyerTalk, an online community for frequent fliers.

"The lavatories are scarce enough already. The last thing we need is more restriction of choice," one poster wrote.

"Cleanliness is probably the main reason," countered a third poster.

ANA also made news last fall when it encouraged passengers to use restrooms before boarding to reduce the weight of planes as part of its "ecological travel on the ground and in the sky" campaign.