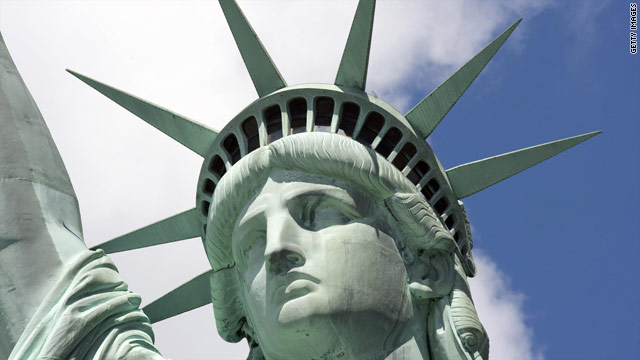 The Travel Promotion Act establishes a nonprofit group to promote the U.S. as a travel destination to international visitors.
STORY HIGHLIGHTS
RELATED TOPICS

"By signing the Travel Promotion Act, President Obama has acted to support the power of travel to serve as an economic stimulant, job generator and diplomatic tool," said Roger Dow, president and CEO of the U.S. Travel Association.

The act will create a nonprofit Corporation for Travel Promotion that will promote the United States as a travel destination and explain travel and security policies to international visitors.

The bill received final passage in the Senate last week.

A $10 fee charged to visitors from countries included in the Visa Waiver Program will partially fund the public-private organization. These visitors will pay the fee every two years when they register online using the Department of Homeland Security's Electronic System for Travel Authorization.

The rest of the funding will come through a matching program of up to $100 million in private sector contributions. If the corporation is able to raise the projected $200 million annually, the organization would be the largest national tourism communications program in the world, Dow said.

National tourism organizations in countries including Greece, Australia and Mexico each spent more than $100 million on tourism marketing in 2005, according to the U.N. World Tourism Organization. The United States spent about $6 million the same year -- the last year for which figures are available.

Despite strong global growth in long-haul international travel between 2000 and 2008, the U.S. welcomed 633,000 fewer overseas visitors in 2008 than it did in 2000, according to figures from the U.S. Department of Commerce.

Some opponents of the legislation said that charging overseas visitors a fee to promote the United States will deter them from visiting.

"We don't want foreigners to have to jump through so many hoops that they just give up and don't bother coming to the U.S.," Steven Lott, a spokesman for the International Air Transport Association, told CNN before final passage of the bill. The IATA represents airlines around the world.

Dow acknowledged the legislation is not a magic bullet for the industry.

"Let's not be naive here. Travel promotion is not a panacea for our international travel issues. There's many things we have to continue to work on such as ... continuing to improve our visa process and all the entry processes."

Dow said he does not think the $10 fee will have a negative effect on visitation, particularly when compared with entry and exit fees for other countries that are rolled into airline ticket prices.

The Department of Commerce will soon begin to fill the 11 positions on the corporation's board with representatives from all corners of the travel industry. That process is expected to take two to six months, according to the U.S. Travel Association.

At the same time, the Department of Homeland Security will be tasked with establishing the mechanism for collecting the $10 fee from visitors who do not have to pay for visas -- a process that could take five to 12 months, the association said.