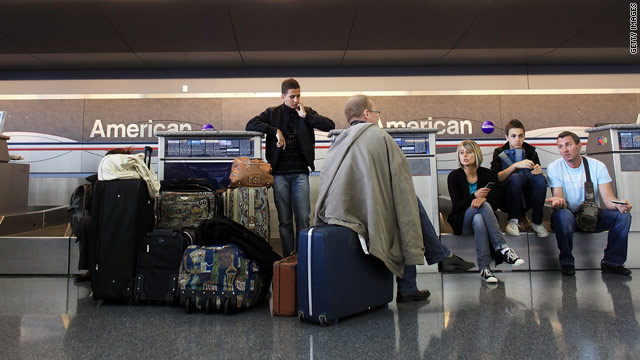 (CNN) -- Travelers who racked up unforeseen expenses during Europe's recent volcanic ash cloud chaos -- and those observing nervously from the sidelines -- may want to look into travel insurance for their next trip.

The right coverage can protect globetrotters from tacking thousands of dollars onto their trip costs when something such as a natural disaster, a weather event, a medical problem or an emergency at home gets in the way of a smooth vacation.

First decide if insuring your trip makes sense. Crossing two states for a quick weekend trip may not call for travel insurance, but a more costly and far-flung trip is often another matter.

"If you're buying a travel investment -- it's the trip of a lifetime, a honeymoon ... and it's a big event and you're investing thousands, if not tens of thousands of dollars, it probably would make sense to consider insurance to protect that investment," said John Pittman, vice president of industry affairs for the American Society of Travel Agents.

About 30 percent of American travelers purchase travel insurance, according to the U.S. Travel Insurance Association. That's up from about 10 percent before the terror attacks of September 11, 2001. That event, outbreaks such as SARS and H1N1, and travel company bankruptcies have raised travelers' awareness of insurance products, said Jim Grace, the association's president.

Most customers at SquareMouth.com, a site that allows customers to compare and buy policies from a range of vetted providers, opt for policies that bundle coverage for trip cancellation, trip interruption, medical and medical evacuation, according to CEO Chris Harvey.

These bundled policies will cost anywhere from 4 to about 10 percent of the trip cost, Harvey said. So insuring a $2,000 trip may cost between $80 and $200. Age is a big factor in determining cost. Destination may also be a factor.

With the bundled coverage travelers get their money back if they cancel for a variety of approved reasons including sickness, weather, strike, jury duty and bankruptcy, and they're reimbursed within coverage limits for expenses incurred if their trip is interrupted.

Most Americans' health insurance covers travel within the United States, but Medicare and many private insurance plans do not apply abroad. Travelers should check their coverage as they plan and choose supplemental coverage accordingly. Consider out-of-network expenses when looking at medical coverage.

Medical evacuations from abroad can easily cost $10,000 and up, according to the U.S. State Department website.

Policies that just cover medical and medical evacuation will be much cheaper than those that include trip cancellation, Harvey said. A search on SquareMouth for a trip from the U.S. to Ecuador for a 55-year-old traveler yielded medical policies in the $25 to $30 range, with $50,000 worth of medical coverage and about $500,000 for medical evacuation.

"If you are older and you're going on an exotic trip, then you're going to need to look for a little bit more cover and make sure that you do have a good evacuation and good medical on there," Harvey said.

"Whereas if you're younger and you're going to Cancun, [Mexico] well, maybe you're just worried about trip cancellation."

Harvey says travelers shouldn't shy away from policies on the cheaper end, advising them to buy the cheapest policy that meets their particular needs.

"Because trip cancellation, almost universally, is the same."

A handful of insurers, such as Travelex, offer primary insurance, meaning the insurance provider will reimburse your claims first and follow up with your other insurance companies. Harvey said both primary and secondary coverage meet the needs of travelers.

How quickly you purchase your travel insurance policy plays a big role in the extent of medical coverage. U.S. insurers require that insurance be purchased within a short window of putting down the first deposit on your trip in order to qualify for coverage of a pre-existing medical condition. The window typically ranges from 14 to 30 days of the first deposit.

Travelers also have to purchase insurance before a major weather event or natural disaster to be eligible for cancellation and interruption coverage. Most travelers who purchased their policies before April 13 were covered during the volcanic ash could situation in Europe. Travelers affected by hurricanes have to purchase insurance before the storm is named to qualify for coverage.

It's too late if you buy after the fact.

"It's kind of like buying homeowner's insurance after your house is on fire. That wouldn't be covered," said Dan McGinnity, vice president of travel insurer Travel Guard North America.