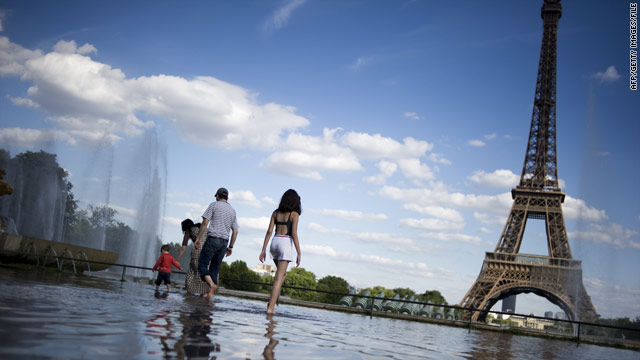 (CNN) -- Fewer crowds and pleasant weather make autumn a great time to explore Europe, but for many Americans the destination has suddenly become fraught with worry and potential danger.

A day after the United States issued a general travel alert for Americans in Europe amid concerns that al Qaeda is planning attacks similar to the 2008 massacre in Mumbai, India, many travelers may be trying to figure out what to do next.

Still, the alert should scare no one from going to Europe, said current and former U.S. State Department officials -- a sentiment echoed by some travel experts.

"I don't think anyone should cancel a trip. The chances of something happening to a particular individual are very, very slim," said George Hobica, president of Airfarewatchdog.com, who just returned from London, England, on Sunday.

Two people with trips booked to London and Paris, France, have called Altour in New York asking what they should do, said Martin Rapp, senior vice president of leisure sales at the travel agency.

He was able to offer the worried clients few answers beyond letting them know how much money they might lose if they decide to cancel.

"That's all we really can say since it's a rather nebulous warning," Rapp said.

"I expect more calls. Nobody has canceled yet; they're just questioning, seeing what their options are."

There may be few new bookings this week because of the alert, but most travelers with plans already in place likely will not cancel them, said Jill Jergel, a travel agent who specializes in France and works for Frontiers International Travel in Wexford, Pennsylvania.

Not only do most affluent travelers like to go in September and the first half of October because schools are back in session, but it is a particularly busy time in Paris because of fashion week, she added.

"I've had one client say, 'Gee it's a little intense right now,' but I've certainly have not seen any effect on bookings," Jergel said.

American tourists already in Europe are on alert, but many continue to flock to popular landmarks, refusing to be intimidated by the threat.

Susan Smith, who arrived in London last week from Texas to celebrate her birthday, went to see the changing of the guard at Buckingham Palace and said the place was packed.

"The only thing we've changed is we've elected not to go downstairs [at the hotel] in the evening to have a drink in the very large lobby bar," Smith said.

"I don't believe in allowing terrorists to do what they do, which is to terrorize me. If we act terrorized, then they win."

Because the alert is so vague, travel agents said people should take the same kinds of precautions they always would when traveling: Be cautious, stay alert and look for anything suspicious.

How to protect yourself abroad

Watch out when you go to a large gathering, added Marion Harbison, a travel agent who specializes in Germany and works for Sterling Brownell in Birmingham, Alabama. Most of her clients avoid the big cities and go to southern Germany, where she believes there is little or no threat.

Travelers should also look beyond their activities and sightseeing.

"Just be aware of your surroundings, keep an ear on the international news -- people don't always do that when they're traveling," Jergel said.

Meanwhile, travel agents are watching and waiting to see what kind of a long-term impact the alert will have.

"Certainly, we're always worried when something like this happens because it always affects travel. There are always going to be people who are going to say, 'I'm going to put it off,' " Rapp said.