Part of complete coverage on
Five To Go 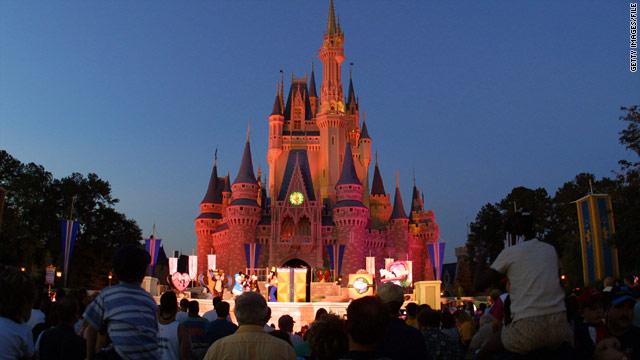 (CNN) -- A trip to Walt Disney World usually conjures up images of summer vacation, but it turns out late fall is the perfect time to go.

Consider scheduling your trip during the period just after Thanksgiving and up until about December 20, said Bob Sehlinger, co-author of the recently released "The Unofficial Guide to Walt Disney World 2011."

You'll be there after the peak season rush and just before the Orlando, Florida, mega-attraction fills up again for the holidays.

"The parks all have their Christmas decorations up, and they're just absolutely stunning. The crowds are at their lowest all year, and it's historically a very dry and sunny and warm time of year," Sehlinger said.

There are downsides, too, such as earlier closing hours and possibly having to pull the kids out of school for a bit if you're going as a family. Still, it's Sehlinger's favorite time to go and he should know.

The author has been to Disney World countless times since publishing his first unofficial guide to the park in 1985.

He began compiling the books after a frustrating experience to which many theme park visitors can relate: He took his kids to Disney World, paid a lot of money and ended up standing in line all day while getting to see only five or six attractions.

So Sehlinger worked on a plan. With a background in operations research, he came up with a model designed to sequence going through the parks while minimizing waiting in line, he said.

These days, more than 20 people work on his unofficial guide, including a statistician, a child psychologist and teams of hotel inspectors.

The author offered the following five tips for travelers looking to get the most out of their Disney World vacation in the fall or at any time of the year.

Many people don't realize that a vacation in a big theme park will require them to walk an average of eight miles a day as they go from ride to ride, so visitors need to make sure they have the stamina to do it, Sehlinger said.

"You can't take a family of couch potatoes -- and particularly you can't take young children and just get them up at the crack of dawn and run them through a theme park eight or nine miles without them crashing on you," Sehlinger said.

He recommends taking walks around your neighborhood two or three months before your trip and extending them to a point where your kids can walk six or seven miles without being unduly fatigued.

Avoid family conflicts by talking about what you expect out of your Disney vacation.

"Let's say mom is the primary caregiver at home and she has it in her mind that 'this is my break,' and dad is really going to take on the heavy lifting as far as the parenting is concerned," Sehlinger said.

"And dad is thinking, 'I'm going to get these people off to the theme park and go play golf.' So you end up down there with some sort of a dissonant situation that creates problems."

Division of labor, the challenges of parenting on the road, unusual amounts of togetherness and the effects of hyperstimulation on your children are all things to discuss before you go.

Move getting your money's worth off the radar and focus instead on having the most fun possible, which can usually be accomplished if you don't push too hard and if you build rest and relaxation into your planning.

"You're going to be at a juncture at some point in time, probably sooner than later, where you're saying, 'OK, we've got four more rides we've got to do and then we can go back to the hotel.' Well, that's crazy. You're not listening to what your emotions and your body are telling you and you're not enjoying yourself," Sehlinger said.

If you visit during the peak summer months, he suggested going to the park in the morning when it's cool and not too crowded, then leaving before lunch and returning again at about 4 p.m.

Pace yourself and remember that if you don't see everything this time, you can go back next year or the year after.

4. Bring your own snacks

Dining is expensive inside the park, even for basic items such as hot dogs and soda.

You're allowed to bring food with you, so equip yourself and your kids with hip packs and bring along bottled water, sandwiches or trail mix, which will save you money and time standing in line at restaurants and food stands, Sehlinger said.

5. Stay in a hotel outside the park or rent a house

There are so many hotel rooms inside the resort that many of the chain hotels nearby are struggling to find customers, which means there are bargains to be had if you're willing to stay off property, Sehlinger said.

There are also thousands of rental homes in the Orlando area, and they're great deals, he added.

For the price of two rooms at Disney's least expensive resort, you can get a four-bedroom house "with a full living room, kitchen, private enclosed swimming pool and all the privacy and quiet in the world where you can really get away from the hustle and bustle," Sehlinger said.