Scans and pat-downs: What you should know 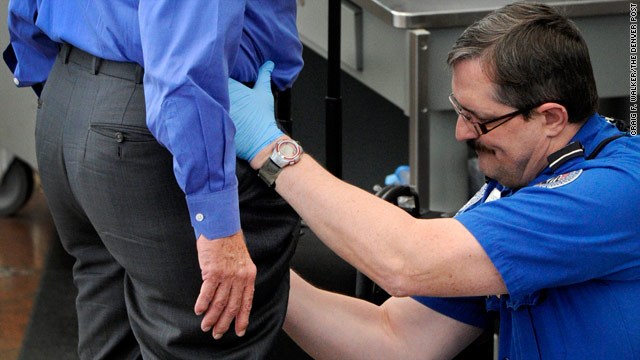 (CNN) -- Heading to the airport for the first time in months? My, how things have changed.

The ramped up use of pat-downs and full-body scanning is needed to stop non-metallic threats including weapons and explosives from getting aboard planes, the Transportation Security Administration says. And it appears that most Americans agree. In a recent CBS News poll, 4 out of 5 Americans supported the use of full-body scans.

"Being scanned sure beats having the plane explode in mid-air," wrote a CNN.com reader who is among the thousands of commenters who have weighed in on the issue. "If something were to happen then everyone will be outraged that the TSA 'allowed' a terrorist act."

But that hasn't stopped a growing group of objectors, from civil rights and privacy advocates to scientists and pilots, from loudly claiming these measures are too invasive, ineffective and possibly unsafe.

There's even a call to declare the frenzied travel day before Thanksgiving National Opt-Out Day, urging travelers selected for full-body scanning to refuse. See photos of the security procedures from The Denver Post

Travelers have the right to opt out of full-body scanning, according to the TSA, but the alternative has, in turn, created its own public furor.

The dreaded thorough "pat-down" alternative has travelers leery about how up close and personal their trip through airport security will become and has sparked a national catchphrase: "Don't touch my junk."

How thorough is thorough? A member of the U.S. Airline Pilots Association described his experience as "sexual molestation," according to union president Mike Cleary.

Do scans and pat downs cross the line?

"I've been patted down rather thoroughly before, and it was not a traumatic experience. Felt more like when I go to the doctor for a physical," wrote a CNN commenter.

About 24 million travelers are expected to fly over the holidays, according to the Air Transport Association of America. There are 400 body-scanning machines installed in 69 airports nationwide, and metal detectors are still widely used.

Pat-downs are used primarily on passengers who set off either the body-scanning machine or the metal detectors and are guaranteed for travelers who opt out of body scanning.

Many travelers will bypass both of the controversial new measures.

"It's important to remember that TSA screens nearly 2 million passengers daily and that very few passengers are required to receive a pat-down," according to a post on the TSA blog.

Lawsuits against the Department of Homeland Security have already popped up around the issue.

A public interest research group has filed a lawsuit seeking the suspension of the body scanning program, arguing that the measures violate the Fourth Amendment and the Privacy Act, among other laws.

A group of University of California, San Francisco medical and science professors have also called for suspension of the body scanner program saying more independent study is needed to address what they claim could be potential health risks posed by small doses of radiation used in one of the technologies used in about half of the machines.

defended the security procedures to lawmakers this week, and a TSA blog post attempted to ease passenger concerns.

"These things ... have been examined six ways to Sunday," Homeland Security Secretary Janet Napolitano said at a news conference this week. "The [Food and Drug Administration], Johns Hopkins University, the U.S. Science and Standards Association have all measured the radiation involved," she said. "It's almost immeasurable it is so small."

Passengers who refuse complete screening won't be allowed past security and could face civil penalties, according to a TSA statement.

Courts have given wide leeway for airport screening under the Fourth Amendment, which guards against unreasonable searches and seizures, according to Adam Winkler, a UCLA law professor who specializes in American constitutional law.

Airport screening methods usually fall under the legal heading of "administrative searches," which are generally used to ensure public safety. The courts will have to consider whether there's an expectation of privacy and how reasonable the search is, weighing security concerns with invasiveness, Winkler said.

"It's one thing to put your bag through an X-ray machine and have to go through a metal detector. It's another thing to have to basically submit to an almost-naked picture of yourself."