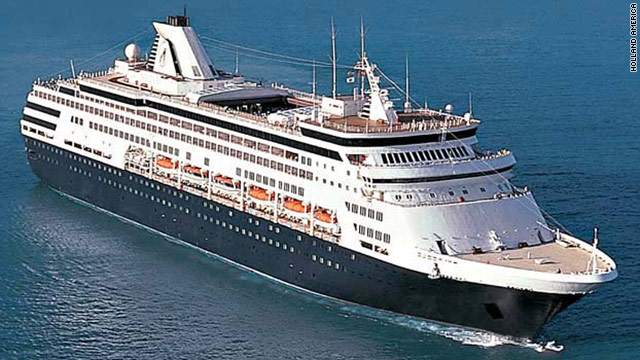 (CNN) -- A Holland America cruise ship was disrupted early Saturday morning by an intoxicated passenger who released the ship's anchor, according to an affidavit obtained by The Smoking Gun website.

California resident Rick Ehlert, 44, released the anchor and a life buoy between 5:25 a.m. and 5:55 a.m., according to the affidavit.

The MS Ryndam was unharmed, but the release of the anchor could have caused "significant damage to the ship's rudder or propeller, which could disable the ship's ability to maneuver, or puncturing of the ship, which could result in sinking or severe flooding," according to the affidavit.

The ship was traveling from Costa Maya, Mexico, to Tampa, Florida.

A surveillance video shows Ehlert taking multiple steps to deploy the anchor while the ship was in motion. The MS Ryndam's maximum speed is 22 knots, which is approximately 25 mph, according to Holland America's website.

Ehlert confessed to dropping the ship's anchor when questioned by special agents from the FBI. He admitted to being intoxicated at the time and detailed the multiple steps he took in deploying the anchor, including entering an area marked as off-limits to passengers.

"There is probable cause to believe on November 27 that Rick Ehlert did attempt to damage, destroy, disable, or wreck a vessel," FBI agent John Manning stated in the affidavit.

Ehlert was arrested Sunday on a felony charge and taken into custody. He has not yet hired an attorney, according to the office of the magistrate who is handling the case.