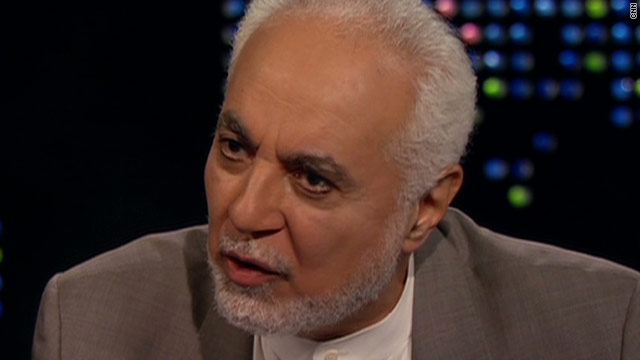 Imam Feisal Abdul Rauf has been the center of controversy after he announced plans to build an Islamic mosque near ground zero.
STORY HIGHLIGHTS

(CNN) -- Initial court proceedings began Wednesday in a lawsuit against Imam Feisal Abdul Rauf, who plans to build an Islamic community center near ground zero, and his company, Sage Development.

Tomas Espinosa, the attorney representing Rauf's development company, told reporters Wednesday, "My client will be vindicated of the charges in court."

Espinosa's request for an extension to review the case due to time constraints and the volume of the related paperwork was denied by Judge Thomas Oliveri on Wednesday.

The judge told Espinosa, "We all have time constraints," adding that "supplying certification of what work had been done or was about to be done was not that difficult."

Video: Imam: This is not sacred ground

Though the city had given Rauf until October 9 to comply, Oliveri said he was "not going to wait until then for the defendant to produce information about what was being done."

Instead, the relevant information must be given to the plaintiff by 4 p.m. Thursday. Court will reconvene September 23, Olivieri said.

According to paperwork filed Tuesday at Hudson County Superior Court, Union City authorities responded to at least 30 complaints in the past 14 years from tenants because of "various health and safety concerns, including ... mold inside apartments, garbage issues, bedbugs, foul odors, dirty hallways and the lack of utilities/heat."

One of the buildings has been vacant since a fire in February 2008. According to the lawsuit, fire officials issued 12 code violations in the year prior to the fire. In the other building, it was revealed that at least two units were infested with bedbugs following complaints of improperly stored garbage.

This lawsuit is just one of many problems recently plaguing the leadership behind Park51, the controversial Islamic community center and mosque that has been proposed two blocks from site of the attacks of September 11, 2001, that brought down the World Trade Center towers and killed more than 2,700 people. On Wednesday, the primary developer behind Park51, Sharif el-Gamal, and his company, SoHo Properties, moved from their building following what may be a landlord dispute.

According to court documents, the Royal Crospin Corp., which owns the building SoHo Properties vacated, petitioned for the eviction and a termination of tenancy. The first court date between the two parties was August 31. The case was adjourned until October 4, pending action.

"We are in a disagreement with our landlord about ending our lease," SoHo Properties said in a statement issued Wednesday. "Today we are moving into a brand new building on 27th Street." The statement disputed Royal Crospin's claims, saying SoHo Properties was "leaving this space due to a history of poor services in the building."