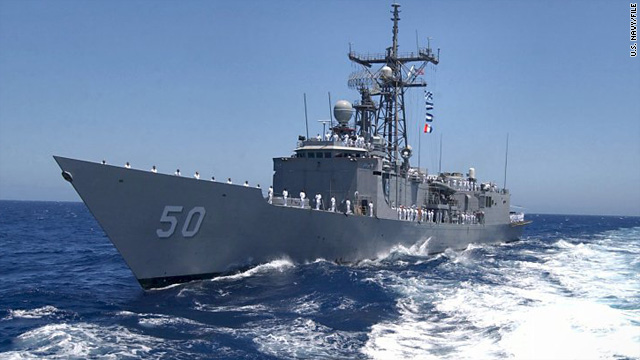 Washington (CNN) -- A pair of Russian aircraft buzzed a U.S. warship off the Arctic coast of Russia on consecutive days last week, leading the U.S. Navy chief of naval operations to raise the issue with his Russian counterpart, a Pentagon spokesman Col. Dave Lapan said.

The first incident occurred September 10 in international waters of the Barents Sea. A U.S. military official, who declined to be identified because of the sensitivity of the incidents, said a Russian Il-38 maritime patrol aircraft flew about 50 yards off the side of the guided missile frigate USS Taylor at just about 100 feet above sea level.

The official said the aircraft made several passes near the ship.

The next day a Russian Helix helicopter circled the Taylor, also at low altitude.

The official described the activity as "abnormal" operating procedure, because of the risk of an accident at such close range.

Adm. Gary Roughead, the U.S. chief of naval operations, discussed the matter with his Russian counterpart, Adm. Vladimir Vysotskiy, according to Lapan.

Lapan said the ship's crew did not interpret the Russian overflights to be hostile, but said the two sides are still talking to determine whether standard maritime procedures were followed.