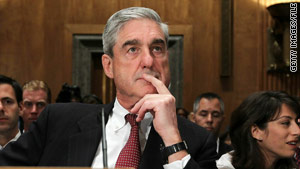 Washington (CNN) -- During an open book exam on agent guidelines covering domestic investigations, "a significant number of FBI employees engaged in some form of cheating or improper conduct," a Justice Department report has found.

The Office of Inspector General found agents and analysts broke rules by consulting with others about the exam, using and sharing answer sheets and in some instances even using a computer system flaw to reveal the correct answers to questions.

The test was open book, but FBI employees were required to take it on their own and the last question specifically asked each test-taker to certify he or she did not consult other people in arriving at answers.

In some instances, FBI officials became suspicious when employees finished the exam in less than 20 minutes when most employees needed an hour and a half or more.

The Inspector General's Office conducted interviews with a small number of employees in four field offices, one smaller resident agency office and two areas at FBI headquarters in Washington. The report found 22 people "cheated or acted improperly." The inspector general said the investigation was limited in scope but "we believe the extent of the cheating related to this test was greater than the cases we detailed in this report."

The report did not give names of employees who are alleged to have cheated, but it said among those are several top level officials at the Washington field office including the assistant director in charge there. The assistant director at the time was Joseph Persichini, who retired before the investigation and disciplinary decisions were finalized.

According to the report, three other top officials in the Washington office acted improperly, including the legal adviser. Those officials are appealing the decisions, which in two instances would include demotions to non-supervisory posts.

The report says in interviews a number of people said there was a lot of confusion about the testing procedures. The inspector general found some basis for that confusion but said that should not excuse cheating. The report says employees who failed the test did not suffer adverse consequences. Instead, they were offered remedial help and needed to re-take the test until they earned passing grades.

The inspector general recommended the FBI look for others who might have cheated on the test and also consider creating a new test and requiring employees to take it.

In a written statement, FBI Director Robert Mueller said the bureau will follow up on the 22 cases where people allegedly acted improperly as well as any other instances. Mueller noted "the vast majority of FBI employees successfully completed" the training and testing on the FBI guidelines. The director added, "Nothing excuses the conduct of those who chose not to comply when instructions were clear."

The test covered the bureau's Domestic Investigations and Operations Guide. The inspector general's report notes civil liberties groups and some members of Congress worried the new rules would allow investigations to infringe on citizens' privacy and civil rights. The FBI responded by ordering approximately 20,000 agents, analysts and technicians to take 16 and a half hours of classroom training on the procedures and then to take the test to ensure their understanding.

A federal law enforcement official said, "I don't think anyone thinks the FBI is an organization of cheaters." The official said there was a lot of confusion about how to take the test and added, "a lot of lessons have been learned."